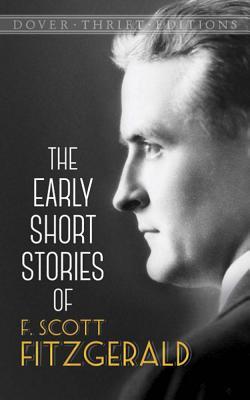 The Early Short Stories of F. Scott Fitzgerald published by Dover Publications is the prequel to The Great Gatsby, This Side of Paradise, and Tender is the Night. Fitzgerald was a renowned writer before his famous novels. His early works appeared in magazines and he made most of his money writing short stories. His early works allow the reader who is familiar with his later novels to see Fitzgerald’s development and evolution as a writer. For those who are not familiar with his novels, these short stories will introduce the reader to Fitzgerald in bite size pieces. The reader will also be introduced to the Jazz Age and the hip culture of the time.

Most of the stories were written in the early 1920s and reflected the age and post-war boom. The opening stories, however, were published during the war in Europe. Fitzgerald’s influences were mostly on the wilder side as he befriended many of the other American writers living in Paris popularly known as the Lost Generation. Writers moved to Paris for the lower cost of living, good bars, and relaxed “social” attitude. America seemed uptight and Paris allowed creativity.

Dover picks a wide selection of stories with various themes and presents them in chronological order. The short introduction by James Daley provides the reader with the background information and what to expect from the collection. The book, on the whole, gives the reader a great introduction to F Scott Fitzgerald and his work. It is well prepared and a great value for $4.50 paperback edition. This is not so much a review of Fitzgerald. It is already established that he is a great writer and, of course, some stories are better than others. This is more a review of the Dover publication. The selection, introduction, and, of course, the price makes this a great read for those interested in the period, the author, or literature in general. Like most Dover collections I have read in the past, I am hard pressed to find a fault in it. Highly recommended.