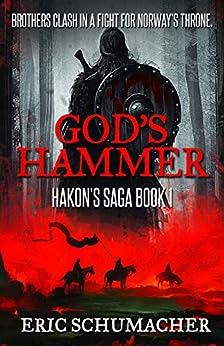 Schumacher’s God’s Hammer is the story of Hakon Haraldsson, a boy, who matures to become the first Christian Viking king. Sent as a gift of trust to be raised in the court of the English king Athelstan, Hakon adopts the ways of the English including the religion. Later after the death of his father, he returns to his homeland with the help of those who which to overthrow his brother Eric Bloodaxe. Hakon must again free himself as a pawn in other’s plans and create his destiny. An excellent mix of history and where the record is thin, plausible fiction completes the story. Very well done historical fiction.

Book Review — Land Warfare Since 1860: A Global History of Boots on the Ground 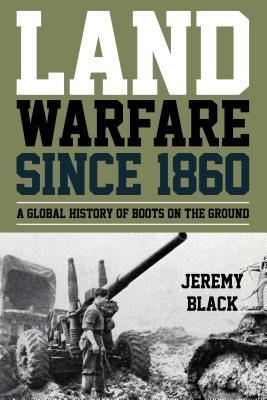 Land Warfare Since 1860: A Global History of Boots on the Ground by Jeremy Black is a detailed history of the evolution of land warfare in the modern age. Black MBE is a British historian and a Professor of History at the University of Exeter. He is a senior fellow at the Center for the Study of America and the West at the Foreign Policy Research Institute.

In examing history, each era had its change in warfare that was seen as devastating. The Greek phalanx was unbeatable, the longbow that nullified the protection of armor, gunpowder changed weapons and made fortifications much less secure. Total warfare of the twentieth century is also considered new, but the Mongol conquests were responsible for the death of up to 5% of the world population. Even mass production of weapons dates back to the Vikings and European archers.

What makes warfare since 1860 unique is more the modern memory than perhaps its effects. Modern land warfare is different in it constantness and the communication of wars. News travels fast and spreads wide. We are much more aware of the slaughter than in eras before electronic communications (telegraph to Twitter). The wholesale slaughter of WWI and the bombing of cities in WWII were the establishment of might in warfare. The strongest, best-trained force usually won. The added strength of American forces in WWI helped change the tide of the war as both sides fought to exhaustion. Nationalism grew. Vietnam struggled to gain its independence well before turning to the Soviets for help. Empire, the British Empire to America’s occupation of Latin American countries, added to the world’s struggles. Ideas and religion continued to play a dominant role in the world — from Japanese loyalty to the emperor to ISIS. The mighty Soviet Union was unable to dominate in Afghanistan. Even America is about to enter its twentieth year in Afghanistan. The world’s lone superpower and the country that accounts for 37% of the worlds military spending is not decisive in a nation that ranks 108th in GDP.

Black writes an excellent history of land warfare which includes many smaller wars and even wars of unification. The modern battlefield is much different than those of the nineteenth century and before. Technology has allowed killing at great distances. Remotely operated drones in the Middle East find their targets while being piloted from half a world away. Satellites update enemy movement in real-time allowing armies to adjust their plans. Artillery has grown in importance and accuracy. The tank and armored vehicles replaced the horse cavalry. War is a challenge of advancement and counters to progress. An IED although primitive has proven to be effective against a modern army. Warfare is not as straightforward as one may think and Black brings out the complexities that exist on and off of the modern battlefield in times of war. A well written and excellently documented history of the modern age of warfare.

Book Review — Awakening Leadership: Be the Leader You Were Born to Be for Millennials and TransGenerationals

In her endeavor to inspire the younger generations, Christine Horner uses the ideals of previous generations to spread the ideals of unity, equality, and mindful leadership. Of course, there is more than just time that separates the generations. Technology has changed the size, definition, and diversity of “community.” Now information and friendships instantaneously spread around the world with a single click. Awaking Leadership is an enlightening read for Generation Y and Z and a reminder of earlier days for Boomers before we fell into lockstep with the corporate world or were molded by the ideas of others. Horner modernizes and adds a new twist to Richard Bach and the Age of Aquarius in this very written and informative book.