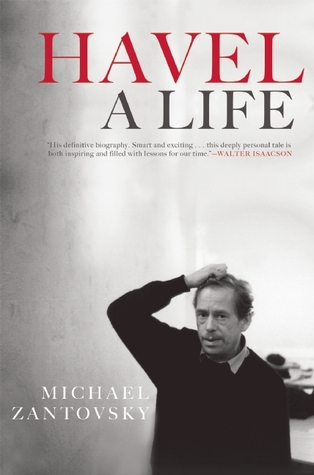 I did not go to college until I finished serving in the Marines, so my college experiences may seem out of place for my age. However, in Catholic graduate school Vlacav Havel was talk of the International Relations department. Havel secured a place with likes of Bishop Romero in the pantheon of great leaders over oppression. I already made a few waves criticizing Romero and liberation theology. My feelings were if you are going to stand up to oppression, stand up and stay standing when the times get tough. Don’t hide behind a pulpit and say “You can’t touch me.” Don’t get me wrong, I did not in any way support the death squads or the message sent by them killing a priest at the altar. I felt if you are going to revolt, revolt and be willing to stand up and, if necessary, pay the price. “Freedom isn’t free.” says the cliche reads. I stayed quiet on Havel mostly because he was not part of my field of study. Still, the name stuck with me.

Zantovsky, a long time friend of Havel writes an interesting biography. It is not a glorification of Havel nor is it sensationalism. It is an honest telling of the good and the bad. Havel was no saint and lived more closely to Rousseau than a saintly leader. His wife Olga was his rock, but not is only intimate relationship. He loved Rock and Roll and in fact for a White House visit convinced Clinton to have Lou Reed play. Clinton agreed, with the condition that “Walk on the Wild Side” Would not be play. The Lewinsky scandal was the hot item and a song about drag queens would not do much to help his image. Clinton and Havel developed a friendship. In my mind, I have the feeling the two of them together, after a few drinks, would be little different than the old Saturday Night Live skit with Steve Martin and Dan Aykroyd — the two wild and crazy guys from Czechoslovakia. This can be compared to Havel’s relationship with Thatcher, who mothered over him — telling him what he is doing right and what he is doing wrong.

Havel was born into wealth which was not a good thing after the Iron Curtain went up. He was seen as less of a citizen and more suspect because of his millionaire family. Havel, without property and his family’s wealth, was able to was able to live well from his writing. His plays were a hit in Czechoslovakia and outside the Iron Curtain too. The crushing of the Prague Spring, which Havel took a role, brought an end to his work inside of Czechoslovakia, however he was still paid in the West. Havel was also a founder of Charter 77 an informal initiative criticizing the government for its human rights failings. These human rights were guaranteed by the Czechoslovak constitution and various international agreements the government had signed. The government declared Charter 77 illegal and no copies were officially printed, but it circulated underground and in the West.

Havel’s association with Charter 77 brought him under official surveillance and several prison sentences from 1979 -1983. Prison was not as bad as expected. Not being physically big or athletic he worried about his safety, but found in the hierarchy of prison, as a political prisoner, he sat pretty high on the list. Not that being a political prisoner was considered glamorous like bank robbing to other prisoners, but being jailed for confronting the government that sentenced the prisoners made him the enemy of their enemy, so to speak. Havel also had earned an international following which kept pressure on the government to keep his prison stays short.

No less remarkable is the surprising smoothness of Czechoslovakian freedom. As president, Havel managed to keep things under control. There was no circus atmosphere as in Romania. There were difficult and tough decisions, but it was a model for transition. The breakup of Czechoslovakia into two countries was also relatively smooth. Much smoother than the breakup of Yugoslavia, also an “artificial” country drawn up after World War I.

The book includes some humor and some irony too. For example, when the German president met with President Havel, he greeted him by saying, “The last time we came in tanks. I walked this time.” He earned the Presidential Medal of Freedom and was awarded it with Charlton Heston, Julia Child, and Dave Thomas (Wendy’s).

While Havel’s rock n roll lifestyle may not be the grounds for a great leader, he was committed to human rights, peace, and fairness. He worked hard to make sure the privatization of business did not fall directly into the hands of the former communists. He put a stop to the Czechoslovakian arms industry, despite the resistance from the Slovaks. He met with the pope and the Dalai Lama. Politically he was able to remain true to his beliefs. He stood up and stood his ground. Zantovsky writes an excellent biography of a man and not a revolutionary image. Havel is not deitized in this book, but shown to be human and a man who earned the respect and standing. Havel: A Life is an outstand account of a man who stood up and became a part of history.