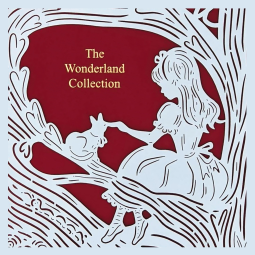 The Wonderland Collection by Lewis Carroll and narrated by Simon Bubb is produced by HarperCollins Christian Audio.  Carroll was an English writer of children’s fiction. He was noted for his facility at wordplay, logic, and fantasy. The poems “Jabberwocky” and “The Hunting of the Snark” are classified in the genre of literary nonsense. Bubb is an audiobook narrator known for his subtlety, nuanced tone, and facility with accents as an integral component of his narration, according to AudioFile magazine.

The Wonderland Series seems to be a nonsensical children’s tale, but so much has stuck with us into adulthood.  We often speak of the “Rabbit Hole.”  Jefferson Airplane sang of the pills to make your shorter or taller and of the Hooka Smoking Caterpillar.  We continue to say, “Mad as a Hatter.” But there is more to the story that we think. It does not end with Alice being sentenced by the Queen of Hearts —  “Off with her head.”  The sequel “Through the Looking Glass” takes Alice on an adventure to an alternative world on the other side of a mirror.  The last book does not deal with Alice but is a book of “knots” or mathematical problems in story form that were printed as a serial in the Monthly Packet magazine.  Concealing the math in the stories allowed Carroll to “hide medicine in jam” creating an early version of edutainment.

A fun journey back to childhood and a time when we took things less seriously.  Bubb’s narration is excellent with just enough British accent to remind the reader of the stories’ origin.  The changes in character voice are subtle but easily recognizable.  An enjoyable journey.