Book Review — How to Think Politically Sages, Scholars, and Statesmen Whose Ideas Have Shaped the World 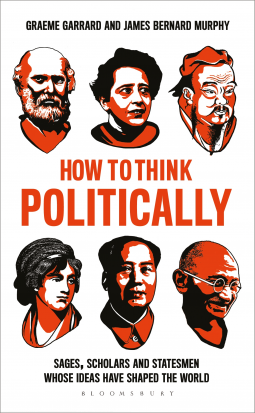 How to Think Politically is an excellent introduction to political philosophers and philosophy. The book is made up of many small chapters, each describing an influential thinker. Not only is the philosopher’s ideas discussed, but he is also put into historical context. The book runs chronologically and, with few exceptions covers Western thinkers. This gives the reader a sense of the evolution of political thought. The thinkers cover a wide range of beliefs from peaceful God based governments and rules for leaders to the much more practical thinkers like the often misunderstood, Machiavelli, whose thinking on government puts him with some unexpected allies. Revolutionary thinkers from Mill to Marx, to Mao and Gandhi, provide a mix of an ideology some excepted in the West and others rejected. This is an excellent starting place for the future political scientist or philosophy student.