Book Review — When Reagan Sent In The Marines 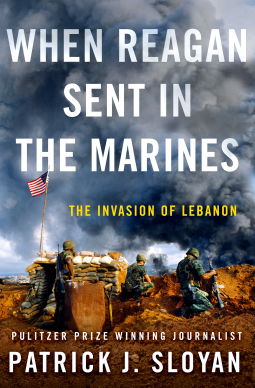 I was a young Marine when the barracks in Lebanon was destroyed, and two hundred twenty Marines (241 American service personnel) died in a terrorist attack. I remember the outrage. I was still serving when Reagan went on national television and said that, yes, there was a plan to trade arms for hostages, after denying it. I remember the outrage as a fellow Marine got up and left the room, shaking his head. “Our president lied to us.” is all he said. Older now I know politicians lie, but then we felt that we were fighting the good fight and had a President who was one of us and held the values we held as Marines.

Sloyan digs deeper into the Middle East that was handed to Reagan and what he and his advisors did to complicated the problem. Haig, a Nixon holdover, has come to light as a power-hungry individual with his own agenda, served under Nixon, Ford, And Reagan. Nixon, who was betrayed by Haig, pushed Reagan to appoint him as Secretary of State. Reagan listened and later regretted. Later Schultz as Secretary of State and Wineberger as Defense Secretary could not agree on a Lebanon policy. Reagan, on the other hand, had visions of US airstrikes knocking out the Soviet-backed Palestinians and Syrians. For Reagan, it was always about the communists. The US also backed a puppet as Lebanese president who was an Israeli patsy. It seems no one had a clear idea of what was going on.

In the confusion, Reagan decided to send in the Marines as peacekeepers. The Marines fulfilled this role in 1958, entering the country as a far superior force. This time a small group numbering 1,200 entered the country and tried to separate the belligerents with little more than their reputation of being Marines. Weapons were not loaded, and the rules of engagement prevented any meaningful deterrent. The Marines were headquartered at the Beruit airport — flat terrain and an easy target from the surrounding hills. Marines also protected the barracks. In fact, the truck drove through the barbwire between two Lance Corporals on duty with empty magazines (as ordered). Properly armed, the Marines could have stopped the attack. The Marines effectively had their hands tied, and blame was unfairly laid at the feet of the commanding officer, Lieutenant Colonel Larry Gerlach.

When Reagan Sent In The Marines is a history of the US in the Middle East and the story of how misguided and ineffective our policy in the region was in the 1980s. Sloyan examines the hows and whys of the US in Lebanon and shows what went wrong and how Reagan managed to turn disaster into political gain. The barracks bombing was the single greatest loss of Marines since Iwo Jima, and it is essential that all the details of the event are made public.

One response to “Book Review — When Reagan Sent In The Marines”