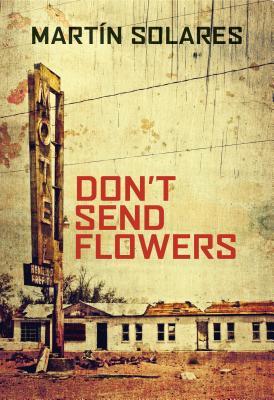 This is a book that makes American crime noir and the grittiest police novels look like child’s play. La Eternidad is a city that makes the darkest corners of any big city seem safe. Between the police, the military, the local government, local businessmen, and the cartels, the only people honest about what they do are the cartels. Everyone else is owned or works for someone else. Nothing is what it appears to be. The kidnapping of the daughter of a local business leader brings retired detective Carlos Trevino into the picture. Trevino is pressured into helping find the girl. He left the corruption of the police force and tried to live in peace and is now dragged back into the world he rejected.

Martín Solares paints a picture of violence, brutality, and corruption that is plaguing Mexican cities. Solares’ fictional La Etrenidad is near where he was born on the Gulf Coast. A dark book about what is now commonplace. Timely, violent and realistic.