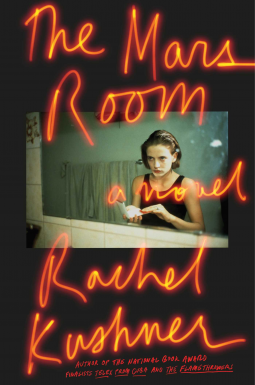 Romy Hall is being transported to Stanville Women’s Correctional Facility isolated in California’s Central Valley. There are no nearby towns and the only traffic on the roads are prison busses or prison staff. The scenery consists mostly of almond orchards. Hall has been sentenced to two life sentences plus additional time. She leaves behind her mother and her five-year-old son. The bus ride to Stanville is long and she is subjected to a talkative and annoying seatmate. There is also a teenager on the bus in the late stages of pregnancy. In fact, she gives birth during the prison indoctrination. The indoctrination continues as trustees mop up the afterbirth. Prisoners soon realize that they are no longer people and the staff has no sympathy or even empathy for any prisoner. The reader is taken on a journey both forward and back in time to examine Hall’s life and her crime.

Interjected into the story are Gordon Hauser and Rich Richards. Hauser is a GED instructor who is the human side of the prison system. He has provided help to death row prisoners and befriends Hall. His relationship with Hall is through the GED program. He assumed Hall was uneducated and offers low-level math questions. Hall at first plays dumb but later admits she did graduate high school. Hauser buys her books to read. Rich “Doc” Richards is a crooked cop sentenced to prison. He is in the Sensitive Needs Unit of New Folsom Prison. He is protected and housed with offenders convicted of crimes against children and transgendered convicts. His role in the book is a comparison to Hall. Both lived in a seedier world. She a dancer at the sleazy Mars Room. He as a corrupt cop. Also interjected into the story are excerpts from Ted Kaczynski and Thoreau reflecting isolation in nature, opposed to institutionalized isolation, and also their versions of attacking the system.

The Mars Room is a dark book on the realities of the prison and justice system.  Kushner delivers a story that is empathic to the prisoners but not overly sympathetic.  Justice is blind, but not in the intended way.  The system is a rubber stamp that feeds the prisons.  The public defenders are overworked to the point of forced apathy.   Offenses that may have been justifiable receive sentences that are not justified.  The story itself is much more personal, characterwise, than the themes that I have mentioned above.  A multi-layered story with multiple themes makes for an interesting read.

One response to “Book Review — The Mars Room”