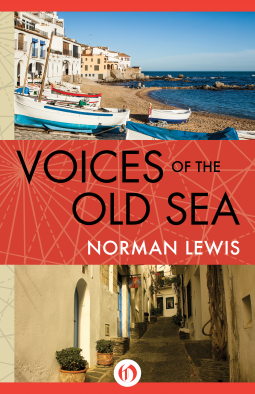 Voices of the Old Sea by Norman Lewis is an account of his time in village of Farol on the Costa Brava in Spain during the 1950s. Lewis is the author of many travel books and was particularly fascinated by primitive cultures in the modern world. He wrote on Indonesia, tribes in India, and the effect of missionary work in Latin America. Lewis spends three summers in Farol and documents his time there. Usually it is fiction that requires you to suspend your disbelief; here it is non-fiction. The reader almost feels like he or she is in a Spanish version of Tortilla Flator Cannery Row.

Farol is a town that struggles to make a living by fishing. Superstition abounds in the town. No leather was allowed anywhere the fishing fleet, which in itself is barely functional. Motorized boats have been cannibalized to the point that the few boats that run barely do. The boats are named with pagan references that government officials make the fishermen cover up and rename. Farol is a single commodity town and fishing in itself is at subsistence level. So important is the fishing that locals turn to a magician who can smell out the tuna. Animals are not killed unless there is good reason. A man shooting rats because they might carry the plague is told to stop and told once there is plague then the rats could be killed. Killing them for no reason would not be tolerated, but sending a message is different though. When dolphins are snagged in fishing nets, they are not killed; they are wounded and released to show the other dolphins what would happen to them if they decided to get snagged in the fisher’s nets.

Cats have the run of Farol, and it is know as the cat village. Sort is an adjoining town, known as the dog town. Sort is on its own hard times with the decline of the cork industry and relies on subsistence agriculture. The two villages have their own feud. Life is further complicated by Muga who want to bring tourism to the Farol. Villagers fear that the foreigners staring out at the water from the shore would ruin the fishing.

Voices of the Old Sea is a fun read. It reads like fiction with nearly unbelievable events and characters so colorful that they seem they could they could only come from the authors imagination. Lewis’ growing attachment to the village and the process of his acceptance makes for an interesting read. A very good book for all.