Book Review: Paradise Beneath Her Feet: How Women are Transforming the Middle East

I lived in Saudi Arabia in 1984 and 1985 and recognized the two part system. In public women were treated one way and in private they were treat much more as equals. Visit any Saudi friend and in the privacy of his home you would think you were in any westerners home. Relaxed atmosphere. Wife not only uncovered, but in the current western fashions –Jordache at the time. What happens in public and private are two very different things. Through my graduate school education, the Middle East was views were very polarized (even in pre 9/11 era) between the Liberal theory and a professor whose brother was killed by Gaddafi; there was no non-extreme view. I recently finished Karen Elliot House’s “On Saudi Arabia” and was very surprised at the progress that women and society have made in what is considered and oppressive environment. Maybe the problem in the West is how we look at women’s rights in the Middle East.

Isobel Coleman author of Paradise Beneath Her Feet; How Women are Transforming the Middle East, is a senior fellow at the Council on Foreign Relations. That alone speaks volumes of her expertise and experience above her degrees from Oxford and Princeton.

Perhaps the most important point repeated throughout the book is something that most Westerners view symbolism over substance (my words not Coleman’s). We in the West look at repression as having to wear a head covering or abaya as repression (symbolism) rather than the real picture. It turns out that even when the head scarf was banned, women still insisted on wearing them. The key factor in women rights is education. We view Iran as repressive, but more women graduate college in Iran than men. Saudi Arabia has a large population of highly educated women. Women’s groups around Middle East work for literacy and educating women.

Women rights groups in the Middle East also work with Islam rather than seeing it as a repressive force. Islam is a religion that does offer equal rights and one just needs to become familiar with the Koran to understand this. The problem is literacy. Illiteracy is a major stumbling block. Once the population can read and understand, questions are asked and when answered, questioned again. Women’s groups have turned to working with clerics to make their point and it is working. Women gain more working with Islam than against it (like early women’s groups). Working inside the system has allowed women like Benazir Bhutto to become Prime Minister in Pakistan and Megawati Sukarnoputri to become president of Indonesia.

If the West really wants to help women’s rights it needs to focus more on education and literacy than on head scarfs. Once women and those who support women’s rights, read and understand the Koran they can fight for their rights that are allowed by their religion, a religion they also dearly believe in. Many educated Muslim women believe that Islam is for equal rights and can quote the Koran supporting that fact. They system is not perfect, but then, no one’s is. We in America think of equal rights, but in my home state of Texas it was illegal for a married woman to buy property, take out a loan, or start a business without her husbands approval all the way up to 1977.

A very worthwhile read whether your interest is women’s rights, the Middle East or current world affairs. I will admit that after reading the section on Pakistan I ordered Benazir Bhutto’s autobiography and her book on Islam .

Book Review: Behind the Beutiful Forervers

Behind the Beautiful Forevers: Life, Death, And Hope In A Mumbai Undercity 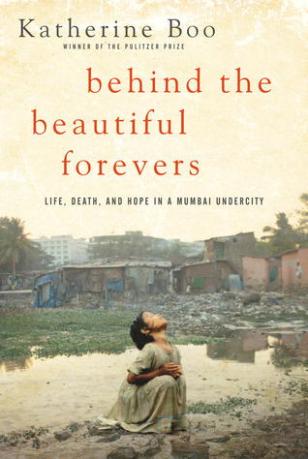 I kept thinking “This is a good story…in a soap opera type of way.” It was later that I realized this isn’t a story; It’s non-fiction. I don’t think I have read a work of non-fiction that read so much like fiction.  There is not a single footnote or reference in the book. That leads me to question just how true the story is.  I could understand “based on a true story” but, to call this non-fiction is a bit of a stretch to me.