Unthinkable: Iran, the bomb, and American Strategy by Kenneth Pollack is an investigation into the American and Iranian relationship and possible plans of action. Kenneth Pollack earned a BA from Yale and a PhD from MIT. From 1988 through 1995 he was an analyst on Iraqi and Iranian military issues for the CIA. In 1999, he rejoined the National Security Council and has served as a professor at the National Defense University. Outside of the government Pollack work for the Brookings Institution and the Council of Foreign Relations.

In the field of International Relations there are two camps: The Liberal Theory and the Realist Theory. The Liberal camp believes in cooperation among nations and if there is a problem there should be a group effort (international institutions) to solve it: Woodrow Wilson’s League of Nations, Roosevelt’s United Nations, even both Bush’s Iraq invasions involved coalitions of like thinking nations. The idea of working as group and improving ties helps keep peace by developing common ground and interests. Ideas of interlinked trade (and democracy) creates dependencies among nations ensuring peace and stability. The European Union and NAFTA are examples. The Realists believe the individual states are the main players in the international arena. States should act in their own interests and to ensure their own security. Relations between states is determined by their relative power. Economic, political, and military strength are the determinates of power. Self-interest and power drive the Realist Theory. Kissenger and Reagan are examples American Realists. Reagan’s unilateral attacks on Iranian oil platforms in the the Persian Gulf (1987) or the mining of Nicaraguan harbors (1984) are examples of the Realist Theory in action.

Kenneth Pollack is a Realist and that is fairly rare in American writing. Most writing today is from the Liberal Theory. Leverett and Flynt’s Going to Tehran is an excellent excellent of Liberal Theory and Iran. Pollack book is a counter balance and presents an American-centric view of Iran rather than an international view. The differences can be readily seen in the writing. Pallack quotes Hooman Majd (The Ayatollah Begs to Differ and The Ministry of Guidance Invites You Not to Stay ) in his book. Majd writing about the Green Revolution in Iran spoke of the restraint of the Iranian government and stated the government figure of under 100 deaths in the riots. The government concentrated on mass arrests and then released most explaining that the people were caught up in a frenzy much like an angry football mob and that did not constitute treason. The Greens agreed with with the less than 100 death toll. In Tunisia, for example 338 died. Egypt 846. Yemen 2,000. Bahrain 120. Libya 30,000. Syria is approaching 100,000. Majd saw this as restraint and the only way the Iranian regime could keep power. Pollack writes “They arrested all of the opposition leaders and with thousands more; they beat up hundreds, if not thousands, and killed perhaps as many as a hundred for good measure – often at random to drive home to the revolutionaries that anyone involved with the Greens might pay the ultimate price.*” Both authors present the same facts, but their tone is very different.

Pollack writes very well and with his experience I would have assumed that he was more than a few years older than I am, rather than three years younger. I could not help being taken back to the Cold War Era when I read his description of what you need to know to be an expert on Iran. Two phrases are all you need: “I don’t know” and “it depends”. Shades of the former Soviet Union. The similarities are are remarkable. Unthinkableis filled with relative information and an excellent example of the Realist Theory in action. It is a very worthwhile read for any wanting to understand the inner workings of foreign policy and Iran. Pollack is a refreshing change to the usual opinions of Iranian foreign affairs. He presents a wealth information and carefully backs his opinions and findings with plenty of source material. I recommend this book for anyone looking into current American foreign policy or Iran in the world. Dr. Pollack is indeed an expert in his field.

The reviewer holds a MA in International Relations with a concentration in US Security Policy from St. Mary’s University, San Antonio, TX. He is a supporter of the Liberal Theory.

*The quote is from the uncorrected galley of the book. It is being used to show the author’s tone rather than to verify specific factual information.

Book Review: The Ministry of Guidance Invites You to Not Stay: An American Family in Iran

The Ministry of Guidance Invites You to Not Stay: An American Family in Iran by Hooman Majd is the author’s return to live in Iran for a year with his American wife and child. He was born in Iran and educated in England and the United States and currently resides in New York, as an American citizen. He is the grandson of an ayatollah and the son of an Iranian diplomat. Majd has served as a translator for President Mohammad Khatamiand and President Mahmoud Ahmadinejadt on their trips to the United States and the United Nations. This is his second book on Iran.

Iran is a country full of contradictions. Ministries contradict ministries and the public contradicts them both. Alcohol is banned, but available anywhere. Western media censored, but you can get satellite feeds if you pay the special fee and bootleg DVDs are available on almost every street corner. Popular internet sites are blocked, but VPNs are easy enough to get and bypass the restrictions. Women push the boundaries of the the dress code, but in interviews claim it is not a restriction.

Iran is not a backward country, in fact it improved after the 1979 revolution. Iran boasts a 90% literacy rate and a highly educated population. Women make up 60% of the university population and a large majority of the science and engineering students. Iran also has medical tourism. Medical standards are as high as they are in the West, but the costs are minimal. One would think that if Iran dropped there demagogy and saber rattling, it would become a first world country with a prosperous economy.

Iran’s Green Revolution failed but is was not because of the government shooting into the crowds. The government claimed fifty deaths in the protests and the protesters claimed less than 100 deaths. Iran chose to arrest protestors instead of shooting them in the streets. This action probably help save the government. Tens of thousands were arrested and many were released over time. Leaders of the Green Movement were targeted and Ahmadinejadt likened the masses to to angry fans of a losing football team, effectively making them innocent of treason. This has been enough to discourage open rebellion. There are still green bracelets worn, but an resistance to the government is quiet. There seems to be a detente between the people and the government; neither side pushing too hard.

Hajd does a wonderful job exposing Iran. He keeps it light and does his best to keep to the more positive and local outlook on the country; even when things are not the best. There is no real mention of the darker side of the the state including executions or Iran’s support of Hezbollah. The US and international sanctions are mentioned in how they effect the common man. Hajd is more interested in the the pop culture of Iran and how it circumvents government restrictions. It’s interesting how he and his wife and son are treated by the local population. Among the locals there is a great deal of pride in being Iranian, but not necessarily supportive of the government and its policies. Hadj brings more of the paradoxes of Iran to his second book. The addition of his wife and child add depth the book as we read how an American woman handles Iran and how Iran handles her. A very good read. 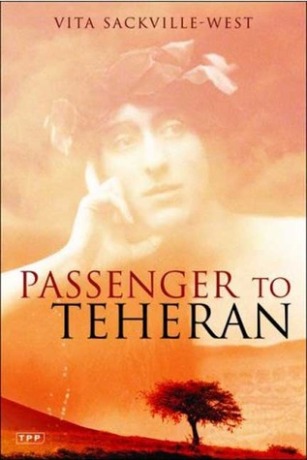 A colorful account of a woman’s travel from England through Egypt, India, Iraq, Iran, and back home through Russia and Europe. It is pretty impressive that a unaccompanied woman traveled through the Middle East at that time. Wonderful imagery of the travels and sights and people. Even the barren desert seems welcoming. If the authors name was not given it would be impossible to determine that it was written by a woman (until the closing pages when a customs agent proposes marriage).