Book Review: The Backwash of War 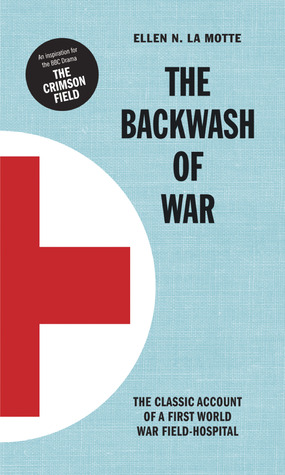 The Backwash of War: The Human Wreckage of the Battlefield as Witnessed by an American Hospital Nurse by Ellen N. La Motte is the account of an American battlefield in nurse in French hospital in Belgium. The stories of her experiences were so horrifying and bad for moral the book was banned in the United States until 1934When he could stand it no longer, he fired a revolver up through the roof of his mouth, but he made a mess of it. The ball tore out his left eye, and then lodged somewhere under his skull, so they bundled him into an ambulance and carried him, cursing and screaming, to the nearest field hospital.These are the opening two sentences of the first of fourteen stories. The story goes on to explain that since he failed in his attempt he was to be nursed back to health, using valuable medical supplies, and when he was well enough, put up against a wall and shot. What La Motte witnessed scenes like this and others that makeJohnny Got His Gun seem like a child’s book. La Motte does not seem to have an agenda like many anti-war writers, but wants to bring to light the realities of a romanticized war. Medals were handed out much like candy. It was for the benefit of the morale of the civilian population, that when they saw a soldier walking the streets of Paris missing limbs they would notice the Coss de Guerre pinned on his chest. Other stories tell of the stench of the hospitals where gangrene and meningitis were winning many of the battles. “A Surgical Triumph” is a very disturbing story on a wounded son of a hairdresser. Modern advances in medical science saved this soldier’s life and it is a triumph for the medical community, but is it a triumph on a personal level. La Motte removes all romantic notions of war as seen from the eyes of a nurse. She tells of the soldiers, medical staff, and the generals who make frequent rounds handing out medals in extremis. Despite motorized ambulances and a serious attempt to take care of the wounded, WWI was a miserable for anyone wounded as it was for anyone in the trenches. History tends to soften our views of the past. In this year, the one hundredth anniversary of World War I, the re-release of La Motte’s book will remind readers that no matter how glorious war is made out to be, there is a very dark and tragic side to every war.