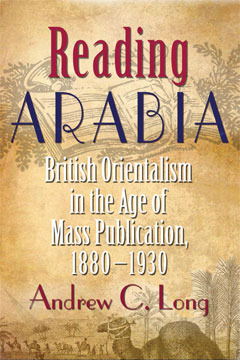 I was not exactly sure what to expect from this book. My interests lie in history and English literature of that time period. I was expecting more of a socio-political treatment of the period rather than a detailed study of the literature and authors. This book is not about the major historical aspect of this period, such as the partitioning of the Middle East, the occupation of Iraq, the results of the Afghanistan conflict, but about literature of the period.

The works covered include Richard Burton’s translation of The Kama Sutra and Arabian Nights Entertainments, The Scented Garden and others by the Kama Shastra Society which were considered more pornographic than literature. Among the groups the Cannibal Club, members of Victorian society, interested in exotic pornography. Burton had quite a unique view of the world. He claimed by his research most Mediterranean men are bisexual while Arabs are pederasts. He also noted, and apparently measured, a male Somalian’s genital size for a footnote for one of his texts. Other texts covered and analyzed are Doughty’s Travels and Edith Hull’s The Sheik, made famous by Rudolph Valentino.

Some of the literature had very little to do with the Middle East and Africa. Arthur Conan Doyle wrote The Tragedy of Korosko which was an adventure novel that merely used the Sudan as a backdrop for the story. Hull, who wrote The Sheik, had never visited the Middle East. She was what could be described as a middle class housewife. Following her, more authors started writing “desert romance” books.

Reading Arabia covers an interesting period of British history and a few important advancements in British society. The first was the social movements that created leisure time and a middle class. Secondly, there were advancements in printing, making books affordable to most people. Lastly, there was the British Empire. Most people never left England and the far off exotic lands provided an interesting escape from daily drudgery.Reading Arabia may not be a book for historians, but for students of British literature and culture and sociologists this is a worthwhile read.

Steaming into the Firing Line: Tales of the Footplate in Wartime Britain 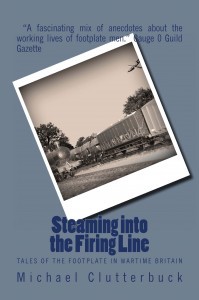 Steaming into the Firing Line: Tales of the Footplate in Wartime Britain by Michael Clutterbuck is a collection of short stories about the lives of railway workers during WWII. Clutterbuck is the son of a Chester railway man and he, much like myself, spent many childhood hours spotting trains. He currently resides in Melbourne, Australia.

For some, trains are more than just machines to move people and goods. There is a mystique with trains, much like biplanes and old motorcycles, and steam engines hold a special place. In America, they helped build the West. Steam engines connected the coasts of America and every school kid has seen the picture of the driving of the golden spike linking the coasts by rail. Trains made America. Today our rail system is neglected and far below the standards of the rest of the developed world. In Europe trains still live on and are considered a part of everyday life. The connection to the rails still exists.

Steaming follows the lives of driver (engineer) George Denton and fireman Lance Hargreaves. George is the conservative, professional, father figure to the young fireman Lance. Lance is young and a bit rough around the edges. His actions at times make him an example for others rather than an example to others. He tries his best and has promise to be promoted to driver. George does his best to guide him along.

The book spans years and the beginning at the dawn of the second world war. Thoughts of the war being over by Christmas are quickly crushed by the previously unimaginable bombings of England. Railroads take on an important role in the war effort. From hauling wounded from the evacuation of Dunkirk to hospitals in the interior of England to carrying war supplies military bases, the railroad workers were the unsung heroes of the war. Working the rails was by no means safe, in fact trailways were prime targets for the Luftwaffe bombing raids.

The setting and storytelling is superb. Reading the book felt very much like watching an old 1940s movie: A little gritty, maybe a bit over acted to make the point, and characters that are very familiar. There was almost the feeling I was reading in black and white instead of color. The characters make real life choices and get caught up in real life dilemmas. You feel the pain of the war and at the same time comfort of a pot of tea boiled over the engine’s fire. There are slightly humorous stories such as being mistaken for a spy and some very serious stories too. The stories are important too in that they give a picture of wartime England.

“Get your facts right” shows how quick people were to make judgments. People were losing their sons and spouses in the war and then see railroad drivers and firemen living in the “safe” civilian world while ours died. Firemen and drivers were protected positions; they could not even volunteer for combat because they were so badly needed at home to support the war. England did not have enough drivers and the training was long. There was a formal apprenticeship program that took years to for a person to move to the position of driver. War accelerated the process, but there still remained a shortage of drivers.

Trains, of course, make up the other part of the story and the casual reader will learn a few things about the steam engines and maybe a bit of English geography too. There is an appendix that will help the readers with the railroad terminology. For Americans reading the book, your Kindle dictionary and Wikipedia will help with the English slang of the 1940s. For those not familiar with steam engines, there is also a helpful guide to explain the number strings like 2-4-0 or 0-6-0. Once you understand the engines they are very easy to visualize.

Steaming is a combination of of steam engines, World War II, great characters, and very good story telling that link a collection of short stories into a fine novel. A great book for fans of steam engines and the home front of WWII. 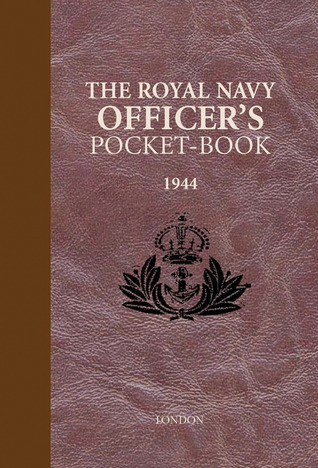 The Royal Navy Officer’s Pocket-Book, 1944 with introduction, compiled by Brian Lavery is a reprint of the World War II naval officers pocket-book. Lavery is a leading British naval historian he has also published Churchill’s Navy (2006).

As a former US Marine, I have read the tomes that are the Marine Corps’ non-commissioned officers and officers handbook and guide. Although it has been well over twenty years since I looked at either book, I remember a great deal from them that applied to my time in the Marines and afterwards. As a student of history and formerly serving under the Department of the Navy, I thought this British naval hand-book would be an make a nice comparison to that I have learned.

After the introduction by Captain J. N. Pelly, the book begins:

1: LEADERSHIP
Leadership is the one attribute which is common and necessary to all who wear the uniform of an officer in His Majesty’s Forces, whatever their technical qualifications.

It is followed by Bearing and Example, Knowledge, Firmness and Fairness, Loyalty, and Smartness. This is much of what I expected; what makes a leader a leader and more importantly an effective leader. This first section of the book is a fairly detailed coverage of what it takes to be an effective leader. Know you men, by name. No one likes to be called “Hey, you.” Address your non-commissioned officers by rank and name. It shows respect for what they have earned and your faith in their abilities. Don’t raise men’s hope of leave or liberty, unless you are one hundred percent sure you can deliver on it. Disappointment makes for poor morale. There is several mentions about conduct of the men and more than a few mentions of dealing with drunkenness (but also the importance of maintaining adequate rum rations for the men).

The book goes on to more ship related matters and spends a great deal of time on the ship’s medical officers. There is a section on correcting courses, converting magnetic compass readings to true compass readings, and correcting for drift. The ship’s medical officer section is disproportionately large, primarily because doctors serving on ships during the war were civilian doctors and not naval trained doctors. They had a major adjustment to make. Doctors are also told that the navy cannot afford x-ray machine and microscopes for all the ships in the navy and doctors must make use of the medical training and not rely only on technology. The final chapter starts with the warning that this book is to remain locked up when not in use then proceeds to cover the subject of mutiny. I saw that as a little odd to find in a modern democratic nations naval hand-book, but it was on the minds of leaders. WWII pulled many men into the navy who would much rather being doing something else than fighting a global war. There was a realistic concern that some would choose to rebel. The solution basically boils down to good leadership.

It is interesting to see all the changes in the modern military and how much of this hand-book is now obsolete. One thing that never changes though is leadership and being an effective leader. That leadership also plays a role in the civilian world today’s leaders and supervisors could learn much from this short hand-book. Military leadership is not yelling and screaming. It is building a team, setting the example, and motivating people to complete a task. Militaries know this and it has remained effective over the years. This hand-book may be more in more in line for military historians and naval historians, but it has great advice for all leaders.

No star rating because this is a historic training manual written for a specific purpose and time, but well worth the read.