Poetry Review — The Collected Poems of Sterling A. Brown 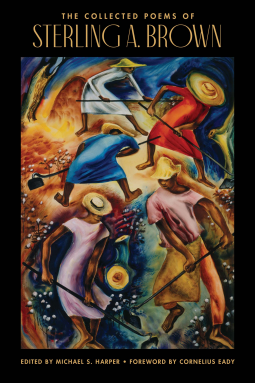 The Collected Poems of Sterling A. Brown by Sterling A. Brown is a publication of Northwestern University Press. Brown was a black professor, folklorist, poet, literary critic, and first Poet Laureate of the District of Columbia. He chiefly studied black culture of the Southern United States and was a full professor at Howard University for most of his career. He was a visiting professor at several other notable institutions, including Vassar College, New York University (NYU), Atlanta University, and Yale University.

A fascinating collection of poetry that takes on several forms.  The most natural form to recognize is the lyrical poetry that not only tells a story but does so with a rhythm that feels like it is connected to a blues guitar.  Other poems tell of the black man in the small towns of the South.  Slavery, violence, and assumed guilt are not left out.  Somethings have changed very little:

Let us forgive Ty Kendricks.
The place was Darktown. He was young.
His nerves were jittery. The day was hot.
The Negro ran out of the alley.
And so he shot.

Let us understand Ty Kendricks.
The Negro must have been dangerous,
Because he ran;
And here was a rookie with a chance
To prove himself a man.

The roots to the old South are apparent in the poems:

The voice of the poems shift from colloquial usage of the 1920s and back to the nineteenth-century vernacular:

Thoroughbred horses,
Hansome, fas’,
I ain’t got nothin’
But a dam’ jackass.

Women as purty
As Kingdom Come,
Ain’t got no woman
‘ Cause I’m black and dumb

For those easily offended, there are plenty of slurs throughout the collection for both black and white races.  They serve their purpose well in time and place.   It is a reflection of the reality of the time when the poems were written and before.  There is a great deal of cultural history presented in the collection.  It is also a necessary history of a time many are uncomfortable talking about.  An essential part of both American literature and culture.