Book Review — Things We Lost in the Fire 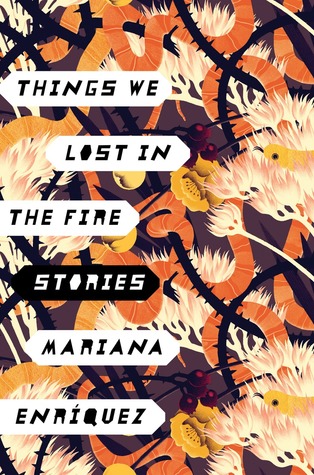 Things We Lost in the Fire by Mariana Enríquez and translated by Megan McDowell is a collection of Argentinian short stories.  Enríquez is an Argentine journalist, novelist, and short-story writer. Mariana Enriquez holds a degree in Journalism and Social Communication from the National University of La Plata. She works as a journalist and is the deputy editor of the arts and culture section of the newspaper Página/12.  McDowell is an American literary translator. She principally translates Spanish-language works into English. Originally from Kentucky, McDowell studied English at DePaul University in Chicago. Upon graduation, she worked at the Dalkey Archive Press.

The quality of the work and the translation is excellent.  I was so pulled in by the writing and the literary quality of the work that when telling a friend about it, I did not mention the violence and darkness in most of the stories.  I read it, but its delivery was such that it was not gratuitous like many American styled books or movies.  Enríquez grew up in a time of military government,  people who “disappeared,” restrictions, human rights violations, and a war with Great Britain. Her childhood would have been like the younger writers living at the fall of the Soviet Union, but more severe.  This is seen in her writing and could be part of the reason violence and darkness seem so natural in her storytelling.

There is a balance of the middle class and the poor in her writing and some feeling in the middle class that they should, individually, do something about the poor. It’s not so much the junkies but their children.  There is a need to help the innocent even when society or their parents do not care.  In one story, a group of children goes to an abandoned house, and one child does not leave.  There is a sense of the “disappeared.” It is like she never existed, and what the other children described is not the reality that is seen.  It is a haunting story in its own right, but tying in history makes it even more disturbing.  People disappear in other stories, and there is little questioning it.  Other stories lean into the supernatural, perhaps representing a force like the government that one is unable to fight. Not even church members are left unscathed in the book, which is hinting at the rumors of the current pope’s relationship with the former military government.

Things We Lost in the Fire is a very well written selection of short stories for readers outside of Argentina.  For those with some knowledge of the history of the country, it goes far deeper. Enríquez’s look at the darker side of life in Argentina is exceptionally well written, and McDowell captures the essence of the writing and deeper meanings without making them too obvious or obscuring their real meaning.  It is an outstanding translation.  Things We Lost in the Fire may be a bit dark or violent for some readers, but it is with a purpose.  The book is being described as Argentinian Gothic, and as it does fit the billing, I believe that it is more of a convenient covering that glosses over more profound events of a past not long gone.