Book Review — Virginia Woolf: And the Women Who Shaped Her World 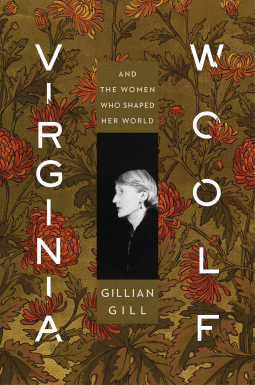 Virginia Woolf: And the Women Who Shaped Her World by Gillian Gill is a biography of Virginia Woolf and her forebearers. Gill, who holds a Ph.D. in modern French literature from Cambridge University, has taught at Northeastern, Wellesley, Yale, and Harvard. She is the author of We Two: Victoria and Albert: Rulers, Partners, Rivals; Nightingales: The Extraordinary Upbringing and Curious Life of Miss Florence Nightingale; Agatha Christie: The Woman and Her Mysteries; and Mary Baker Eddy.

There are plenty of biographies of Virginia Woolf as well as her collected letters and diaries. Her life still does hold a few mysteries, one very large aspect of her life, is covered in detail by Gill but not universally agreed on by Woolf scholars. Gill’s work, however, is almost a prequel of Woolf. She goes back several generations to explore her French and Indian family background.

In digging deeper into Woolf’s past, Gill explores the topic of mental illness in the Stephens lineage which affected many of Virginia’s generation. Her Sister Vanessa was susceptible to breakdowns, another sister was institutionalized, and both her brothers showed signs of Cyclothymia. Although most of us would consider the middle of the 20th century as modern times, it is surprising how little was known about mental illness and its treatment.

Another aspect that is covered in this book is sexuality especially among those of the Bloomsbury Group and the upper levels of society. Homosexuality was more common than one would expect and there were more than a few show marriages meant to hide the crime of homosexuality. Although well known in the upper circles, it remained a secret from the public. Private matters were deemed to remain private. Gill ties in another term that was prevalent in England at the time and expands on it: homosocially. Segregation by sex was very common and began in early schooling and lasted through the university experience. The use of Jacob’s Room is used to explain some of the concepts when Jacob decides to go swimming (skinny dipping) and to sun-dry afterward — nudity among men was commonplace and although did not mean homosexuality, it may have encouraged it in some.

Virginia Woolf: And the Women Who Shaped Her World is a well researched and very well documented work of the Stephens and Jackson families. It examines the society that Virginia Woolf was raised in and lived as well as her personal conflicts. The Victorian society that shaped her early years. Her lack of formal education, but reading from a large family library. Her promiscuous friends and her abstinence.  It is also one of the few biographies where Woolf’s mental illness is not sensationalized and her relationship with Vita Sackville-West is not made a center point of her life.  Virginia Woolf’s life in many ways has strong ties to her ancestry and to the historical setting in which she lived. Gill does an outstanding job of providing a more complete picture of one of England’s greatest 20th-century writers.