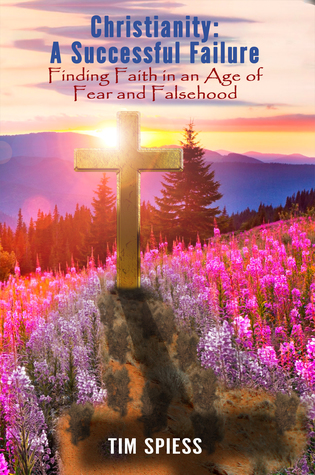 Christianity: Successful Failure by Tim Spiess is a different look at one of the world’s largest religions. In today’s world of megachurches, splintering denominations, and ultra-rich preachers, Spiess puts out a different message. There is a quote I have heard, and it has stuck with me for some time: I haven’t known many Christians, but I have known many Paulians. Christianity, one would think, would follow Jesus’s teachings, but Paul wrote most of the new testament. On many social issues, it is Paul’s or other apostle’s words that are used. What is missing is what did Jesus said.

Spiess sets the stage for the reader to follow his lead. He questions many commonly held beliefs and backs his arguments with the “red words.” Some points are controversial like the take on other religions, including Judaism, and on the Bible itself. There are plenty of topics that will bring up strong feelings or at least make one rethink their positions. This would be an excellent book for a group read and discussion.

Of the many things discussed, one downside of the book is that you must subscribe to the author’s framework. He does say the book is not for certain people, myself included, which makes one wonder how “truth” cannot be for everyone. For example, one has to accept a Designer, which Speiss reasons as necessary. One also needs to take Jesus’s words as truth.

Christianity: Successful Failure is a thinking Christian’s book. It will make one reconsider the institution of the church and what Christianity has become compared to what Jesus said. There is a growing separation from the Gospels, to the other books in the New Testament, to various church doctrines. Spiess attempts to get back to the real roots of the teaching and shave away centuries of fallacies, false teachings, and added dogma. Christianity should be easy to understand; after all, Jesus gave only a single commandment.