Book Review — Steaming into the Blitz 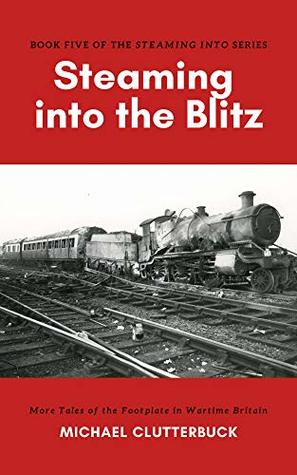 It’s time to bring the kettle to boil in the firebox, grab a cuppa on the footplate, and listen to some train stories. Michael Clutterbuck has created another volume of steam age trains in wartime England. This collection covers 1939 through 1945 and the impact of the Second World War on the homeland.

Trains played a vital role in the English economy and especially during the war years. Drivers and firemen were important enough to be exempt from military service along with other critical professions. That is not to say that it was safe or easy to operate a train. German planes targeted trains and stations to disrupt the transfer of men and materials. Danger from above was not only from direct attack but also attacks on bridges and vulnerable rails. The war also brought changes to society. Women gained new roles, rationing was in effect, and much to the surprise of American servicemen, race was not an issue in the British armed forces.

The plots vary in subject and show the extent that rail played in wartime England. Wartime meant more than the usual duties. It also meant armored antiaircraft cars, missions of mercy, missions of national security, as well as their routine scheduled work. What is also interesting in this collection is that not all the stories center on the drivers and firemen. Many stories are center on average people and the role the trains played in their life.

Clutterbuck once again puts together a collection of informative and entertaining stories from the nostalgic era of steam.