Sir, you cannot translate poetry to prose; that’s why its poetry.
Mark Schorer in cross-examination 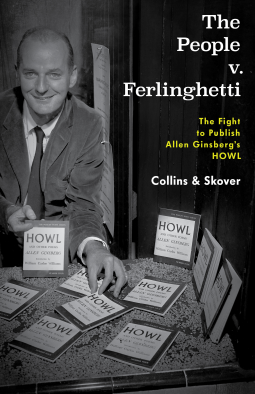 Lawrence Ferlinghetti will be one hundred years old this month. He is a Navy veteran, poet, activist, leftist, publisher, and a book store owner. San Francisco in the 1950s was a place of change. Old conservatives and the Beat movement clashed. Ferlinghetti’s City Lights bookstore became a hangout for the hipster crowd. One of the group was Allen Ginsberg. Among the paperbacks the bookstore was offering was the self-published Pocket Poets featuring Beat poets. One such copy would bring a great deal of notoriety to Ferlinghetti, City Lights, Ginsberg, and the First Amendment.

The Howl and other Poems was the centerpiece of a San Francisco obscenity trial in 1957. Ferlinghetti, as the publisher, was arrested. The trial, although it seems incredible that poetry would be censored in America of all places, would become a fantastic victory for free speech. It could have easily gone the other way. Judge Horn was a Sunday school teacher who sentenced five shoplifters to watch the movie The Ten Commandments and write the lesson they learned about stealing. He would hardly be a choice judge for the defense that chose trial without a jury. The parts of the expert testimony and questioning are included in the book as well as a tremendous amount of documentation, background information, and interviews after the fact. The trial played out more like a trial about free speech than against Ferlinghetti. Neither Ferlinghetti nor Ginsberg testified.

The authors Ronald K. L. Collins and David Skover both are experts qualified to dissect the case. Collins is the co-director of the History Book Festival. He was the Harold S. Shefelman Scholar at the University of Washington School of Law, and from 2002 to 2009, a scholar at the Newseum’s First Amendment Center. Skover is the Fredric C. Tausend Professor of Law at the Seattle University School of Law. He teaches, writes, and lectures in the fields of federal constitutional law, federal courts, free speech & the internet, and mass communications theory.

The trial, however, did not end the case. The judge did a commendable job of separating his personal beliefs from case law, and although the book was allowed, reading it on air became another fight. The use of some language is not permissible by the FCC. That fight is ongoing. WBIA (New York) wanted to air The Howl for the fiftieth anniversary of the San Francisco decision. The station backed down fearing a four million dollar fine. It posted the poem on its web page instead. The poem was, however, aired in the 1950s on public radio without any backlash. This book reminds the reader that poetry, and speech in general, can still be regulated in a free country and it is still something that is feared by society and governments. Poetry remains a social force and a weapon that some would like to see banished if it does not conform to their beliefs. Poets still stand up and speak; Publishers, like Ferlinghetti, will still publish. Resist.