the Angelus bell
ringing out over its villages and townlands,
over the fields and hills and bogs in between,
six chimes of three across a minute and a half,
a summons struck
on the lip of the void 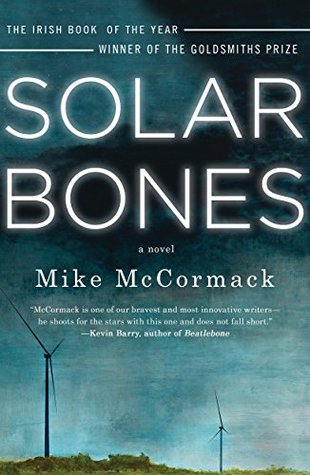 Marcus Conway hears the bell of Angelus while sitting at his kitchen table waiting for his wife to come home on All Soul’s Day. He speaks to the reader in a stream of consciousness remembering his town and past. Marcus is a middle-aged civil engineer with a lifetime of stories and struggles. He sees the world from the point of an engineer, and it provides a split in his world. Much like modernism’s creation when the world broke in two, Marcus’ world is also deeply divided. Politicians and engineers create the divide in his world. There seems to be a battle between votes and where money and improvements go. The boom-bust cycle in Ireland in the early 2000s is taking its toll in construction and even in the maintenance of the water system. It also creates friction between doing things right and politicians keeping workers happy. This split will also bring problems to his family.

Reading this book the reader may feel like he is in the early twentieth century. The language flows, and there is the influence of Joyce or even Woolf in the words and style. The reader is pulled back into modern times with mentions of the internet and cell phones. Time passes for Marcus not only does he age but so does his father. His children become adults. The news bulletins on the radio continue after the tone to mark the top of the hour as it has done throughout Marcus’ life, dividing his day. It is a reminder of time passing much like the Angelus bell marks the time at the beginning of the book. Time moves on carrying us with it and in the end, like Marcus, there never seems to be enough. An excellent novel that captures the spirit of modernism in the present day.