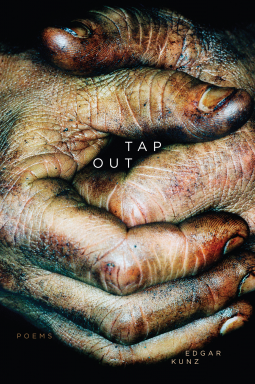 Tap Out: Poems by Edgar Kunz is a collection of poetry that reflects the America many do not want to see but seems to be growing. Kunz’s work has received fellowships and awards from the National Endowment for the Arts, the MacDowell Colony, the Bread Loaf Writers’ Conference, and Stanford University, where he was a Wallace Stegner Fellow.

Kunz brings the growing blue-collar hardships to poetry. What Springsteen did with The Ghost of Tom Joad and much of his early work and what Stephen Markley did with his prose work Ohio now has a verse companion. Simple writing with explicit messages taken from what could be life in many places like Cleveland, Detroit, and the host of many broken manufacturing towns. Growing up, one does not see the poverty;  it is accepted as normal. Growing up in the late 1960s and 1970s I could relate to much of the normalcy of the life of the characters — the older kids, drugs, the sense of adventure, and somehow thinking this was the best life. It is later that we see the decay in society, people, and the city itself. The toll is reflected in several examples. An alcoholic father who destroyed his family, and also the father who works harder than he should have to:

There’s no one left to see his hands
lifting from the engine bay, dark, and gnarled
as roots dripping river mud

no one to see how his palms — slabs of calluses

The poet sees the damage of drinking slipping into his life in an almost predestined fashion. As the world closes in on working people there can be bits of hope and even small victories.  Kunz captures an entire class of America in their darkest hour.  His writing seems biographical and without a forced hand.  The writing flows as if speaking from experience.  There is no hyperbole, only honesty of the people and their situation — it may not be pretty, or even legal, but it is an adaptation to the environment.  There is a chance for some to escape and for some just to endure.  A hard-hitting, authentic, straight forward portrayal of the people who helped build America and now find themselves the working poor.