Book Review — The Guilt We Carry 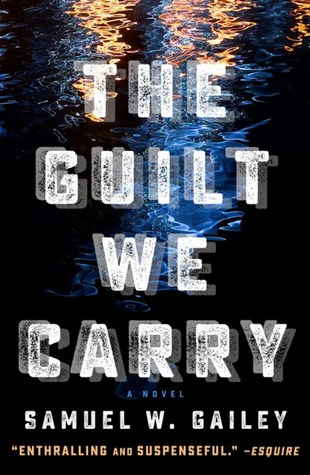 The Guilt We Carry is a novel centering on all American girl Alice O’Farrell. Alice is the star of her swim team and driven to succeed. She seeks and is given responsibility at home. At fifteen her parents allow her to babysit her brother. It goes well, and she watches him again, however, in an almost impossible chain of events, her brother dies under her watch. Alice is unable to face her parents and shortly afterward runs away. She is drawn into a world where she lives day to day at the bottom rungs of society. She avoids drugs and prostitution but turns to alcohol and bartending in strip clubs. At fifteen, Alice avoids most of the snags that people hiding fall victim to. She has no drivers license or credit cards and can become virtually invisible to society.

Almost six years later, Alice is betrayed by her latest employer and is on the run again. Unfortunately, there is a pile of bodies left behind, and Alice is now hunted by drug dealers with a fresh trail. Her escape will create a reluctant friendship and rekindle an old one. She will learn about guilt and guilt others carry. The darker elements of the story seem very deep, but there is a glimmer of hope and freedom. Alice must want it and find her way past the quick fixes that treat the symptoms rather than address the cure.

The characters are well developed and provide a variety of personas. Several carry their own type of guilt as most people do. The settings vary from urban Harrisburg to rural North Carolina and bring with its own set of challenges and prejudices. There are no easy answers and redemption takes extreme effort.  Although the story is dark at many times, the reader is spared from gratuitous violence, but not immune from the reality of the situation.  A well written and detailed novel about overcoming one’s past and present.