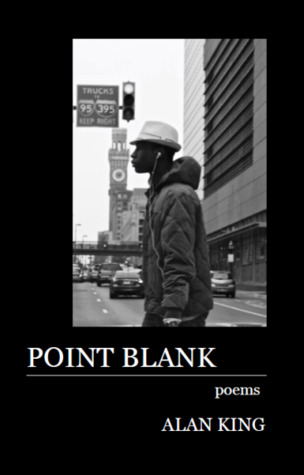 Alan King is a poet. He wants to be known as a poet. He seems to be recognized as an African-American poet with the emphasis on African American. This comes out early with “Sure, You Can Ask Me About Hip Hop” and re-enforced with “The Brute” about the boss who asked him, by the wrong name, to read poetry at a company function but “Don’t get too Black with it.” It is the stereotypes that run through society from police stops to being served in restaurants that prevent someone from being accepted as simply a person without hyphens. King wants to be recognized by the commonalities:

He focuses on relationships and family. Childhood memories come flooding back. He also thinks of his health and things we all do that we shouldn’t  — from soda to greasy foods. But apples and bananas do come to the “rescue.”  King’s heritage softly comes into play through his parents and food, especially curry.  The poems are real poetry and not current platitudes that are played off as poetry.  There is art in King’s writing and unity in his voice.