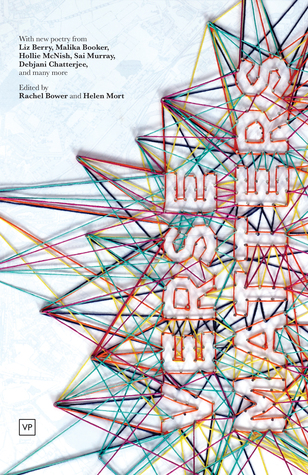 Verse Matters edited by Rachel Bower and Helen Mort is an anthology of poetry about what makes us human. Bower is a poet and Leverhulme Research Fellow at the Univerisity of Leeds. Mort is also a poet with two published works. She is also a lecturer at the Manchester School of Writing and Manchester Metropolitan University.  The poets in the collection range from established British poets, to first time writers, and refugees in Yorkshire.

Although this book was created in Northern England, it is indeed applicable to the United States. We live in countries where currently diversity and many time common decency is falling prey to the “us versus them” ideology of division. In the introduction, a story of a Gambian man drowning in the Grand Canal of Venice is told as he was met with jeers and racist shouts instead of help. We are moving to a world where the individual is the most important entity as long as that individual is us. Politics has broken down into violent protests and anti-protests. Public debate is now insults and threats of violence.

Verse Matters captures and refines Percy Shelley’s quote, “Poets are the unacknowledged legislators of the world.” Poets do have a role in reminding people what it is to be human and that we all share many of the same experiences, feelings, and dreams. We all come from family and have mother’s who worried about us. We have those who fled violence that fear of celebratory fireworks is real. We also have veterans who also feel panic as the sky bursts into flame and thunder.

Sai Murray’s “Seven Scales” is a poem concerning the modernization of a country. A place where local government and elders held the peace long before European borders were drawn. But, it is the fish that takes the poem deeper. The people used to earn a living on fish that they caught until the government sold fishing rights to foreign companies who now sell fish worldwide and to those who used to make a living off those same fish. For those willing to dig a bit deeper into the poem and current events, those who had their livelihood taken from them are now fighting back as pirates. When a culture is overpowered, it will find some way to resist.

Editor Helen Mort contributes the poem “Bartek.” Bartek is the Polish translation of Bartholomew. It is also an ancient and historic tree in Poland. Mort hints at this connection with the mention of the Polish city of Sopot. Bartek’s goal of becoming a citizen brings with it deep roots of his homeland.

Hannah Copely’s “Ten Thousand” is more British based. The story of a coal miner spending his lifetime (10,000 days) in the mines. His lungs are coated with coal dust, and after a lifetime there is a hope that the dust would compress into a diamond. Those who work hard in physical labor hoping for a better life seek only the opportunity to benefit equitably from their labor.

“Once Upon a Street in Yorkshire” by Nick Allen presents a picture of community. People go about their business and pay little attention to there differences. People do their different things from going to the library, to the butcher shop, to children going to school, to boys riding loud motorbikes, but the work murder punctuates the poem. It was on this street the MP Jo Cox was killed by a man who believed she was a traitor to white people. A single act of violence seems to stain the normality of life long after the event.

Reflective of modern life Hollie McNish examines the meaning of “fine” in the poem by the same name. Shelley Roche-Jaques examines things that we all should know in the poem “Allgemeinbildung.” Keeping things factual, there is a bit of humor in the life-saving role of cats and in dropping frozen meat into a hot pan. The collection closes with Suzannah Evan’s worthwhile advice in a poem titled “How to Live in a City.”

A timely collection of poetry that reminds the reader that even if poets are not the legislators of the world they can influence the electorate and remind all that there is more to being human than merely looking out for yourself.