Book Review — The Human Planet: How We Created the Anthropocene 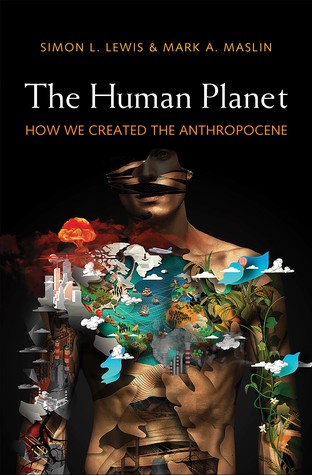 The Human Planet: How We Created the Anthropocene by Simon L. Lewis and Mark A. Maslin is a detailed study of the history of the planet. Simon L. Lewis is Professor of Global Change Science at University College London and University of Leeds. An award-winning scientist, he has been described as having “one of the world’s most influential scientific minds”. He has written for the Guardian and Foreign Policy magazine. Mark A. Maslin is Professor of Earth System Science at University College London and a Royal Society Wolfson Research Merit Scholar. He is the author of eight books and has written for The Times and New Scientist.

The Human Planet is a book which works to pinpoint the new, or rather current, geologic epoch, the Anthropocene — the human epoch. With attention to the evolution of life and how life on earth. Different events have changed the earth. The Carboniferous period is named for the carbon sinking plant life expanded across the planet. Ice ages had their effects on life. The rise and fall of flora and fauna are used as markers in the history of the earth.

Following the section on historical geology, the authors concentrate on the rise of man from his beginning to his spread across the world. Man would have continued as hunter-gatherers without much effect on the planet. Man, however, did things to change his environment. Agriculture created societies and, in that, it also selectively bred plants and animals to meet his needs. A long string of events came from settling and developing agriculture. A community developed, a government formed, labor was divided. Efficiency in growing food exceeded hunting and gathering. This allowed new activities to begin — primitive manufacturing, cultivating the land, and growth in population.

Technology helped man spread his influence on the planet. Something as harmless as the printing press was responsible for expanding information to a greater number of people and preserved knowledge. That information led to education and development of new technology or applications of technology. The power of steam was known to the ancient Greeks, but it wasn’t until the 18th century when the steam engine was developed. The coal-fired steam engine replaced water mills to power industry. Coal was also used to heat houses and for cooking. London air was described as a sea of coal dust. From there a domino effect of new technology, population growth, deforesting, and removal of animal species continued. Man started changing the environment to suit his needs.

Since the steam engine, man has accelerated his impact on the planet. It is not only fossil fuels but also agriculture to support a growing population. Human population was one billion in 1804. It took until 1927 to reach two billion. 1960 marked three billion. It took only 13 years, on average, to add a billion more people to get to the six billion in 1999. Higher crop yields, better sanitation, better health care led to a population explosion. While longer and better life is a good thing, there will be a point that a great population will become unsupportable.

Technology is something unique to mankind. We use it to make our lives better. The changes are recognizable — huge monoculture crops, sprawling cities, domestication of animals, removal of wild animals, not to mention man-made climate change. The Anthropocene is here. When did it start is the question that this book builds up to. A well-written history of the planet and mankind and the effects of man on the planet. 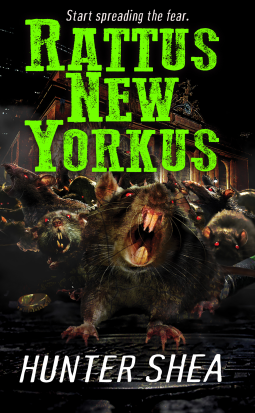 Rattus New Yorkus is a book that would have been at home with the other mass horror books of the 1970s — Earthquakes, giant crabs, killer bees, alligators in the sewers, and of course Willard. Rattus centers on a husband and wife exterminator team, Chris and Benita (Benny) Jackson. The Jacksons are going through a divorce, but still working together. A recently developed rodenticide, Degenesis, doesn’t kill rats but rather renders them sterile. The idea was that if rats can’t reproduce, they would eventually die out solving New York’s rat problem.

Chris and Benny discover that Degenesis does not have the desired effects, in fact, it is creating a hive mind in the New York rats. What may have worked on lab rats certainly is having the opposite impact on the city rat population. The inventor is in denial. The city government begins to panic. Will man remain at the top of the food chain?

Written in the 1970s pulp horror style Rattus proves to be entertaining:

“I made the mistake of turning around. Jumping Jesus! Possibly a thousand rats were on our tail, their own tails bobbing like Satan’s spaghetti.”

The idea is to present the horror, so it is a little short on the science as well as detailed personal information on the characters. That creates the downside in the page count. At only one hundred and twelve pages there seems a little more story could have been written.