Book Review — Living in Squares, Loving in Triangles: The Lives and Loves of Virginia Woolf & the Bloomsbury Group 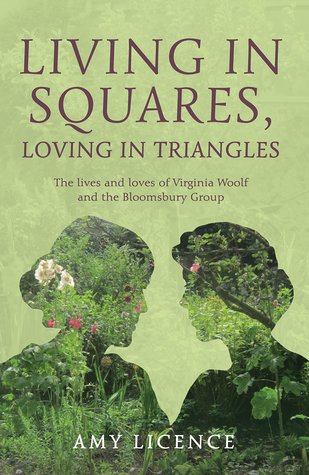 What separates this book from most books on Virginia Woolf is that she is the linchpin of the group. Although her affairs were limited to Sackville-West and flirtations with Clive Bell other members had more and varied relationships. Woolf and Bell seem to be more of a competition with her very close sister Vanessa. Vanessa left Virginia for Bell and Virginia was acting in more of a vengeful manner. Woolf does serve as the common link to the Bloomsbury members Clive Bell, Roger Fry, John Maynard Keyes, Lytton Strachey, E.M. Forster, Dora Carrington, and Leonard Woolf.

The public image was important, but private matters tended to be kept private. Marriages were made for convenience. Marriage allowed homosexual men a public front for their private lives. It also gave the wife security and freedom to work in arts and literature. Vanessa Bell has a much more active role in the relationships of the period. Her marriage out of love allowed her to develop her art and when the love faded allowed her to enter into other relationships. It may have been shocking at the time, but today it seems rather mild.

It is not only the relationships of the time that could have caused scandal, but it was also the art and literature of the time. In literature, modernism was changing the novel. In art, post-impressionism and cubism were shaking up the art world and in some sense creating a scandal in itself. For those who have read Woolf’s diaries or letters, this work has a wider scope as other points of view are given as well as the state of the arts. The inclusion of Keyes shows how economic theory was changing too. The world was changing and the center of change, in England, seemed to be the Bloomsbury Group. An interesting history and biography of Bloomsbury’s fascinating members.