Book Review — The Line That Held 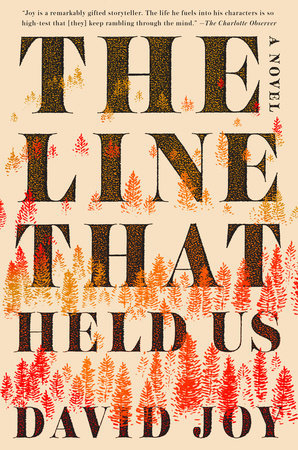 The Line That Held us is a story of that takes place in the border region of Tennessee and North Carolina. Darl, who poaches to make ends meet stalks a large buck on private property. Also Carol, Sissy, Brewer steals ginseng from the same property. Carol, although, not fully explained seem is slow. While digging around for ginseng, he is mistaken for a boar by Darl. Darl is 200 yards away, and Carol is dressed in gray and on all fours. Darl fires and kills Carol. He panics and gets the help of his best friend, Calvin, to help. Calvin reluctantly agrees and helps dispose of the body. Carol is noticed missing by his brother, Dwayne, who is violent, drinks too much, and is big enough to get away with it. Dwayne starts investigating his brother’s death and what develops is a classic case of Appalachian justice and revenge.

The characters are well developed and diverse although there is some stereotyping. Dwayne is perhaps the most stereotypical. His massive size and backwoods attitude make him a driving figure in the book. The setting contributes to the free action of the characters. Things that normally couldn’t be done in the urban or suburban setting fit perfectly in Appalachia. The plot moves quickly but not always predictably leaving the reader on a thrilling ride. I picked up this book and did not set it down until it I finished. It was quite a ride, and I found it quite a surprise in contemporary fiction. A well thought out and exciting read.