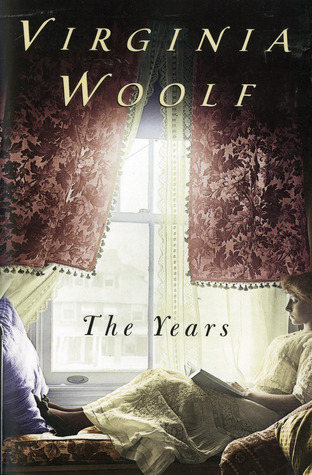 The Years by Virginia Woolf is the story of the Pargiter family.   The story starts in 1880 and the family is headed by Colonel Abel Pargiter.  The colonel has seven children (Eleanor, Edward, Milly, Delia, Morris, Rose, Martin) and a sickly wife.  In Woolf’s style, some details are left out and considered not important such as the name of the Colonel’s wife.  Her death which is written in more detail than To the Lighthouse‘s Prue Ramsay’s death, which was passed along to the reader in parenthetical information, but little is known or said about her.  It is the reaction of other characters that are important in the death of the wife and mother as well as character reactions to the world around them.  Reaction is more important than action..

Woolf’s method of putting the reader in the head of the characters to listen to their thinking and to see their observations is perfected.  The book is so much than about the plot and plot development, which covers over fifty years, but the characters and their personal interactions.  The story extends to the extended Pargiter family and a few outsiders like Edward’s friends at Oxford, one who marries his sister Milly.  The housemaid, Crosby, gets her own chapter, 1918, but it is also the shortest chapter and is used to mark the end of the war.  Inside the mix of acquaintances is Nicholas Pomjalovsky a Polish homosexual who Elenor meets through her sister Maggie and her French husband Rene.

Elenor seems to be the character that binds everything together.  She is never far from the reader from start to finish.  She runs the day to day of the family while the colonel is still alive, budgeting and shopping.  Later she seems to be the thread that ties everyone together from siblings to nieces and nephews.   She never marries and remains as an anchor point to the family.  Outside the extended family little seems to happen.  Historical events like the death of Charles Parnell, King Edward,  and the end of World War I are used to mark a point in time rather than center around the event.  With the exception of bricking throwing Rose, who lands herself in jail, not much is made of politics.

Perhaps the best reason to read Woolf is her use of words and descriptions. This is the opening paragraph for the chapter 1911 :

The sun was rising. Very slowly it came up over the horizon shaking out
light. But the sky was so vast, so cloudless, that to fill it with light took time.
Very gradually the clouds turned blue; leaves on forest trees sparkled; down
below a flower shone; eyes of beasts — tigers, monkeys, birds — sparkled.
Slowly the world emerged from darkness. The sea became like the skin of an
innumerable scaled fish, glittering gold. Here in the South of France the
furrowed vineyards caught the light; the little vines turned purple and yellow;
and the sun coming through the slats of the blinds striped the white walls.

Woolf writes not a novel or a story but literature.  There is more to writing than plot alone and Woolf demonstrates this flawlessly.