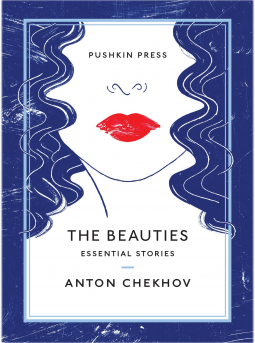 The Beauties: Essential Stories (Pushkin Collection) by Anton Chekhov is a collection of thirteen short stories. Chekhov lived in Russia from 1860 to 1904 and is renowned for his plays and short stories. This edition is translated by Nicolas Pasternak Slater. Slater has translated several works by Boris Pasternak, most recently The Family Correspondence, 1921–1960. For Oxford World’s Classics, he has translated Lermontov’s A Hero of Our Time and Tolstoy’s The Death of Ivan Ilyich and Other Stories.

There is something about Russian literature that captures the mind of the reader. Perhaps it is the connection with the peasants and common people. Chekhov’s grandfather bought his freedom from serfdom along with his two sons. Anton Chekhov was the first in his family to be born outside of serfdom, but he was raised in the memory of it. He had a connection to the past. Russian literature also seems to have a fairytale quality to it. Princes and paupers, the clever and the silly, and a kingdom of snow all add a surreal feeling to the writing. The fairytale can also be warped by being trapped in an impossible life, prison, regret, drunkenness, and snow so deep it covers the top of telegraph poles. Chekov also manages to connect to these qualities too. He can add humor and seriousness any situation.

The Beauties manages to capture the best of Russian literature and in many stories, beauty is included. Beauty can be in the young girl in traditional dress seen at a train station or in the flaws of another woman that add a special quality to the beauty. Russia is also filled with natural beauty and that also is mentioned in some stories. Beauty can be found in friendships and in strangers. There is also a story of a man who in some way boxed everything he owned from the pocket knife in his pocket to his person in his many layers of clothing. His curtained bed even resembled a box. More overt silliness is caught in a couple trying to secure the marriage of their daughter by surprising them in a private moment and blessing them with an icon. There is sadness, too, in the story of the old woodcarver and his wife.

Chekhov was indeed a tremendous writer and for the English speaking world, Slater deserves much credit. His translation is not only very readable it seems to capture Chekhov’s own voice. The true test of a translation is reading it and not realizing the text has been translated. Slater exceeds expectations here. Very well written and very well translated collection of stories.