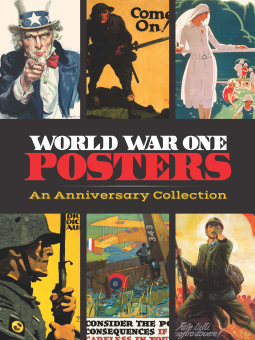 America declared war on the Government of Germany on April 2, 1917, and needed to raise an army to battle in Europe. America had not planned on entering the war and Wilson campaigned for his second term with the motto “He kept us out of war.” War was not popular and many remembered the Civil War just a short 50 years in the past. Americans had no desire to fight the war “over there.” The American population was a mix of nationalities. There were many Americans of German descent and even German immigrants.

In order to raise an army, navy, Marine Corps, and fund them, the government turned to art and propaganda. Posters were not simple recruiting posters but played on duty, adventure, and America’s honor. Appeals were made to support liberty. To work the shipyards. Buy bonds. Eat fish because they feed themselves — no need to care for them or use resources like livestock. Electricians, mechanics, and carpenters were encouraged to enlist and contribute their skills. Women were called to take office jobs held by men so they could enlist.

Posters are not limited to the United States. France, Belgium, Poland, Russia, Canada, and Germany all contribute posters. German posters portraying defense especially from aerial attacks. Other nations calling on men to enlist and others to contribute to the war effort. All posters are meant to play to the viewer’s emotions and patriotism. These were more than just notices to be read they were meant to inspire loyalty and duty to one’s country.