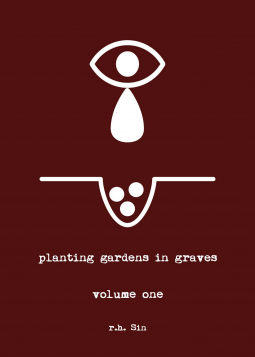 R.H. Sin has gained many fans over the last couple of years. His Whiskey, Words, and a Shovel sold out and copies were fetching quite a price. Sin made his name with short poems and used language to make words carry their maximum weight. Since the release of Whiskey, Words, and a Shovel two things have happened. First, there are collections of “poetry” flooding the market that are essentially cliches and platitudes, but nonetheless, have been readers professing love for poetry. This dilutes the work of Sin who actually uses language as a tool. Secondly, on this same note, Sin essentially writes on the same subject in all his books. That being said it does take several books before the writing seems to repeat. This is not bad in itself. It happens and sometimes it is very good. For example, AC/DC put out seventeen albums using the same three cords and was/is one of the most popular bands in rock and roll. Familiar subject matter is not always a problem; it just needs to seem fresh.

I do like that Sin keeps increasing the length of his poems. Also, he can bring new ideas into the mix. This collection works well for the fans of Sin’s work and also for a newcomer. For the casual reader who has read one or two of his books with only moderate interest, there is really nothing new for you here. I do hope Sin expands his themes and continues to work longer poems. Like his work or not he certainly did create a market for himself.