Book Review — A History of the Future: Prophets of Progress from H. G. Wells to Isaac Asimov 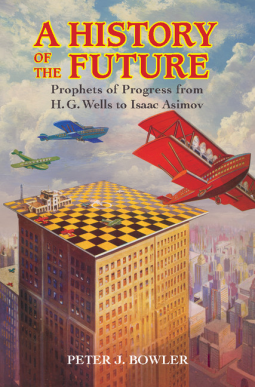 A History of the Future: Prophets of Progress from H. G. Wells to Isaac Asimov by Peter J Bowler is look back on science-fiction prophecy and what the future actually became. Bowler is Emeritus Professor of the History of Science at Queen’s University Belfast. He is a Fellow of the British Academy, a Member of the Royal Irish Academy, and a Fellow of the American Association for the Advancement of Science. He has published a number of books on the history of biology and several general surveys.

Flying cars, wristwatch phones, and robot servants were all part of the future when I was young.  There was plenty of disappointment growing up with 8-track tapes and phones that were still affixed to the wall.  Some things, however, did come about.  The electronic pad that Captain Kirk regularly signed is close to an iPad, the computer may be an advanced “Alexa” device, and the communicator is much like a cellphone.  Yes, there are differences but not bad for a 50-year-old science fiction show that begins with the launch of the Enterprise in the year 2245.

Bowler pulls heavily from several writers in the book; Wells, Huxley, and a little Asimov and Clarke.  Perhaps much of the predictions of the future as more so come from the understanding of man than science.  One thing many writers got right is man’s willingness for war and creating better weapons.  Airships and aircraft are a means for more destructive warfare that targets cities and civilians.  Much of the pulp fiction, however, are stories of “cowboys and Indians” played out in space as earthlings against aliens.  Little is done to explain the technology of ray guns and rockets.  It’s just entertainment.

Many future predictions in science fiction were based on the newest technology of the time.   Electricity was more than a power source it was the path to utopia.  Radiation, on the other hand, could be a blessing or a bane.  Flying cars, an idea which seems to be as old as cars themselves is never clearly thought out.  Thought to be the end of road-bound traffic, however, no thought, however, is given how to organize and control an airborne rush hour.  Outside of the science, many thoughts are given on future governments — World government, weakness of democracy, totalitarian rule, interplanetary rule.

As I sit here and write this review there is one thing the past never predicted.  There were predictions of robots with computer brains.  There are predictions of computers the size of city blocks. But perhaps the biggest miss of science fiction predictions is the personal computer.  The machine that has transformed modern life like no other is missing.  No internet.  No social media.  No online shopping.  No movies on demand.  It is the unexpected that makes the future.

Bowler gives a detailed look at the past looking forward.  Nearly one-third of the book is source material providing even more detail for those interested.  How the past saw the future is interesting in the evolution of the newest technology of the time.  Nuclear power held the promise of almost free electricity (another marvel of the past) but no thought of what to do with the nuclear waste.  Visionaries of the past did understand human nature and saw the many dangers the atom could bring as well as the dangers man could bring on himself.  The history of the future depends on man’s development as much as the development of science.

Book Review — Know It All Whiskey: The 50 Most Elemental Concepts of Whiskey, Each Explained in Under a Minute 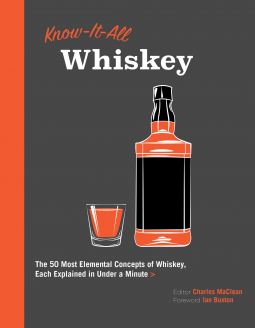 Know It All Whiskey: The 50 Most Elemental Concepts of Whiskey, Each Explained in Under a Minute by Charles MacLean is both a history and an education on whiskey.  MacLean has been described by The Times as “Scotland’s leading whisky expert.” He has been researching and writing about whisky for 35 years and has published 15 books on the subject.

My understanding of whiskey has changed since those underage and early twenties Jack and Cokes.  What better whiskey was there than Jack Daniels, Jim Beam, or that special high-end whiskey Wild Turkey?  I have never developed a taste for Scotch, but not from lack of trying.  Today a nice rye is my favorite and no need to mix it.  Growing older I have discovered that whiskey tastes good on its own. If I want to mix, though, it’s back to a blended whiskey or big name whiskey.

Know it all Whiskey will take the novice reader through the history of different whiskeys and their origins.  Facts like Japan is one of the big five whiskey producing countries along with the US, Canada, Scotland, and Ireland are found throughout the book.  Rye is an American whiskey that contains at least 51% rye in the mash.  In Canada, however, whiskey is commonly referred to as rye although is a blended whiskey that does contain some rye.  The reader will also travel the world and out more information on Scotch and its varieties.  Whiskey itself is a generalization distilled mashes much as wine covers the many varieties of fermented grapes.  Bourbon is different from Rye, is different from Scotch, is different from blended whiskey.  These may also vary by location.

The book itself is well organized.  The pages are nicely illustrated and the small history lessons are done on a black background with white text. The main text is written in the center column.  On the right is the “3-second nip” and “3-minute distillation” providing nice simple summaries.  On the left is “Related Topics” with page references inside the book, information on distillers, and the variety expert.  Between chapters is a list of keywords and their definitions.  Know It All Whiskey provides a wealth of knowledge in a very usable form.  Tips on tasting and serving will allow the reader to choose the right whiskey for every occasion.

Yesterday is not ours to recover, but tomorrow is ours to win or lose.
LBJ 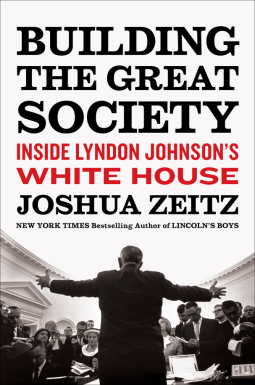 Building the Great Society: Inside Lyndon Johnson’s White House by Joshua Zeitz is the story of LBJ’s grand plan for the United States.  Zeitz is the author of several books on American political and social history and has written for the New York Times, Washington Post, Los Angeles Times, The New Republic, The Atlantic, Dissent, and American Heritage. Zeitz appeared as a commentator on two PBS documentaries – Boomer Century, and Ken Burns’ Prohibition — and has commented on public policy matters on CNBC and CNN International. He has held faculty positions at Harvard, Cambridge, and Princeton and is the author of four books.

Today, Johnson is probably more associated with the Vietnam War than with his Great Society.  Zeitz looks at the president and his staff along with the Great Society and Civil Rights programs without making Vietnam the central point of the presidency.  The war does come into the book near the end, but the primary discussion is not the war. LBJ was a Texan and it showed in some very stereotypical ways.  He was gruff and used his power and favors owed to gain what he wanted.  He was not above intimidating his staff and opponents.  In one example while swimming with one of his senior staff, Johnson stopped at the right spot where his feet firmly touched the bottom of the pool but the shorter staff member needed to tread water while Johnson poked at the staffer’s chest and berated him.  Johnson always took a position of power.  He also enjoyed panicking guests by driving his (amphibious) car into the lake on his ranch while yelling that the brakes went out.

Johnson could be a bully but he did have a soft spot.  He was a teacher in poor, primarily Mexican communities.  The racism and poverty had a deep effect on Johnson.  America was at its highest point of wealth and industry.  The vast richness of the United States should not be squandered.  All Americans should benefit.  Johnson spoke In a 1965 Speech at the signing of the Higher Education Act in San Marcos, TX:

I shall never forget the faces of the boys and the girls in that little Welhausen Mexican School, and I remember even yet the pain of realizing and knowing then that college was closed to practically every one of those children because they were too poor. And I think it was then that I made up my mind that this nation could never rest while the door to knowledge remained closed to any American.

Johnson worked on many programs that would seem out of place for his public image. The Civil Rights Act of 1964 was a project that evaded Kennedy.  Johnson used all his power and influence to push through the Act.  It became the starting point for his Great Society Program which became the 1964 campaign slogan.  Johnson believed that the Civil Rights Act had cost him and the Democrats the South. Johnson did, in fact, lose the Deep South (and Arizona) to Goldwater but carried the rest of the country.  He had a mandate for his Great Society.  The Voting Rights Act was pushed through despite resistance from southern leaders. He appointed Thurgood Marshall to the Supreme Court and Robert C. Weaver became the first African-American to hold a cabinet position. Head Start, Food Stamps, National Endowment for the Arts and the Federal Work Study Program all saw their start under Johnson.   Medicare, Medicaid, and public broadcasting all saw growth under LBJ.  Johnson’s Great Society did not come easily. Congress became conscious of costs, especially with the growing spending on Vietnam, and racial issues in southern states.  In the north civil rights was support in word but not always deed.  People would pay lip service to civil rights but resist desegregation of schools.  Much like the words of  Shakespeare’s Mark Antony, Johnson too seemed to have experienced “The evil that men do lives after them; the good is oft interred with their bones.”  Vietnam overshadowed the good Johnson accomplished.  He felt the unfairness and once remarked:

If one morning I walked on top of the water across the Potomac River, the headline that afternoon would read: “President Can’t Swim.”.

Zeitz gives the reader an inside look at the Johnson presidency.  His staff members and inner workings of the presidential policies are examined in detail.  Original source material and first-hand accounts as reference material make this book an excellent account of LBJ’s years as president.  Also, moving Vietnam to the backburner allows the read to see the “good” Johnson intended to accomplish with his presidency.  Personally, Johnson was far from perfect; professionally, too, he believed the ends sometimes justified the means.  An important work on the man who shaped modern liberal policy and improved the lives of many Americans.