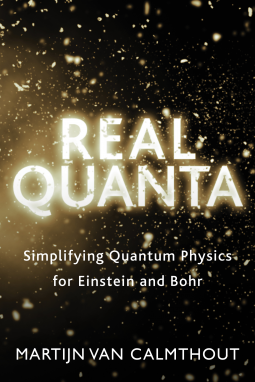 There are many books explaining physics to layman from unknown writers to television celebrities like Michio Kaku. The basic concepts of relativity and quantum mechanics are available to all who have access to a library. This does not mean the reader will absorb all the mathematics and become an expert, but like classical physics, most people know how it works without the mathematics — action-reaction, bodies in motion…

Newtonian physics plays a role that we see in everyday life. We drop things. We feel the force of being thrown forward against seat belts during a sudden stop. We may not like the effects but we have learned to accept them. Quantum interactions take place at subatomic levels and Relativity takes place on the huge scale of the galaxies and the universe. Both do affect us since we are made of organized collections of subatomic particles and live in the universe. We just don’t experience it with our senses.

What it holds for mankind may be far greater than tunneling diodes. Computers are made of transistors but many people (younger than the transistor radio era) may not have seen a single transistor, but rather the millions put on an integrated circuit or chip. Science is at its limit of shrinking transistor sizes. Quantum physics may off the answer with quantum computing bits will no longer be a 1 or 0 they will become 1, 0, or both. Searching with a quantum computer would explore all possible answers at once instead of one at a time. Amazingly fast but it would kill credit card encryption algorithms.

Calmthout journeys through the world of quantum mechanics and relativity in a coffee shop with two guests. The old man of physics Albert Einstein and the young upstart Niels Bohr. There is a little banter between the two giants of physics but mostly it’s a bit of history and the future of physics. The cell phone plays a role in the discussion for several reasons besides computing. Secure communication and uncrackable encryption are two examples of quantum power. It’s fairly easy to tie physics to chemistry but Calmthout also ties it to biology and biological systems from migration to chloroplasts. The more that is understood about quantum mechanics the more that can be seen in our world and the more we can build upon the discoveries of the subatomic world.

Calmthout takes the reader on an exciting trip into the world of quantum mechanics. It is a place where “spooky interaction at a distance” is not so scary. It is a place that will make current microelectronics seem as clunky as an abacus. Real Quanta takes a look at the real world, its path, and possible future. Easily readable and very informative.