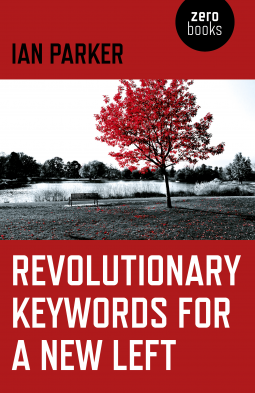 Revolutionary Keywords for a New Left by Ian Parker is a collection of essays on keywords for the political left. Parker is Co-Director (with Erica Burman) of the Discourse Unit, Managing Editor of Annual Review of Critical Psychology, Secretary of Manchester Psychoanalytic Matrix, member of the Asylum Magazine editorial collective, and supporter of the Fourth International. He is a researcher, supervisor, and consultant in critical psychology and psychoanalysis.

Revolutionary Keywords is a series of essays based on keywords. It is not a dictionary of definitions but contains commonly used keywords and creates essays built around the word. The essays put the keyword into context in modern socialism. Like most books on socialism, this one, too, becomes complex. The term socialism means many different things to many different people. European socialism, Stalinism, Leninism, Marxism, Democratic Socialism, even America’s capitalist based “socialism” is discussed in order to set the common ground.

The book discusses many aspects of historical socialism as well as modern day.  Topics of race, sex, gender, globalism, and campism are discussed in detail throughout the book. Other topics seem mundane but have deep roots such as discourse, postmodernism, identity, and animals.  The discussions run deep and turn out complex.  At the end, the recap traces the changes in keywords from 1917 -1967 and 1967-2017.  The evolution of keywords leads to the 2017 keywords in this volume.  Although not intended for the general audience, in fact, I found myself a bit entangled in the subject matter.  I felt much the same way on the first day of a semester in graduate school.  Needless to say, it is not light reading, but worth the time and effort for those with an interest in the far left.