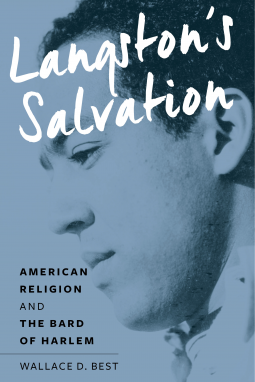 As a man, in America, Hughes had four things against him — He was black, and accused of being an atheist, a homosexual, and a communist. As an African American his poetry, especially the earlier work, was written in the contemporary African-American language complete with the slang bringing criticism for its unpolished uneducated appearance. Atheism was closely tied to his work “Goodbye Jesus.” Best devotes a great deal of time discussing this poem, its meaning, and reviews.

Hughes’ supposed homosexuality, mentioned but not discussed deeply in this book, is strongest tied to his writings. Hughes writes several of his poems as a convincing female. This may not be an indication of anything today,  but during his lifetime it made a convincing suggestion. Accusations of being a communist are tied, and discussed in this book, to Hughes’ trip to the Soviet Union for production of a film. He also appeared before McCarthy on the Permanent Subcommittee on Investigations. The treatment of blacks and darker skinned peoples in the USSR was a refreshing change from the US. In the US, Hughes lost his dorm room at Columbia because the admissions department thought he was Hispanic. His application was sent from Mexico where his father lived.

Best is a religious scholar and also teaches African-American studies. He examines Hughes religious upbringing, mostly from his aunt in Kansas. He visited Catholic churches in Mexico and attended services. In Harlem, he visited and wrote about the store front churches. In his writing, particularly in the plays Black Nativity and Tambourines of Glory, center on African- American religion. I, however, was not convinced that his interests in religion were totally spiritual. Church architecture, especially old Catholic churches are interesting whether or not one is religious and the same can be said of the ceremony. Hughes, too, makes no overt attempt to convert or go to other Catholic churches. Tambourines of Glory reflects the African-American churches in Harlem. Here the draw could have easily have been cultural instead of purely religious. Hughes seemed to write more from a cultural perspective than a religious one. In my take of Best’s research, I see culture and racial politics as the subject and religion serving as the background.

Best presents a well documented and informative study of Lanston Hughes’ rather extraordinary life.  Although religion does play a key role, one does question its role in Hughes writing.  While I may not always agree with Best’s assessment and explanations, he does provide thinking points and a wealth of information on Hughes and African-American culture of the period.  Langston’s Salvation is well worth reading for those interested in Langston Hughes or Africa-American culture in Harlem as well as America in general.