Book Review — The Naval War of 1812: A Complete History 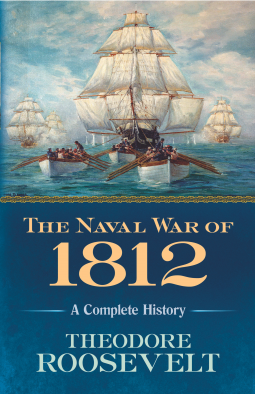 The Naval War of 1812: A Complete History by Theodore Roosevelt is a history of the US naval battles in the War of 1812. Roosevelt was the twenty-sixth President of the United States, and a leader of the Republican Party and of the Progressive Movement. He became the youngest President in United States history at the age of 42. He served in many roles including Governor of New York, historian, naturalist, explorer, author, and soldier (posthumously awarded the Medal of Honor in 2001 for his role at the Battle of San Juan Hill in the Spanish-American War).

A few things I remember about the battles of War of 1812. From school: The Battle of Lake Erie, the burning of the White House, impressment, and the Treaty of Ghent. From Johnny Horton, I learned of The Battle of New Orleans. Mostly, I learned it was the final test of American independence. America earned its place at the table of nations and like many wars, it one that diplomacy could have handled better.

Roosevelt presents a dissertation on the naval war written at the age of 23. This book was carried on naval ships and used as a text book at the naval academy.  Roosevelt chooses to concentrate on the naval warfare as the land war was pretty disastrous. Although there was a national army most of the forces remained in states as militias. The navy had a more centralized command and with privateers was far more successful although woefully unprepared for war.

Roosevelt provides more of a study of the naval battles than a history. Histories are readable in almost a story form. Here the information is more a debriefing or after action review. Ship tonnage, guns, crew and officers, and battle drawings are given. It is more of a study of tactics and how numerical superiority, strategy, and training play a role in victory and defeat. This was the height of British sea power, yet the unprepared United States had plenty of fight.

Primary source material from both sides is used and text is heavily cited showing the depth of the work.  Roosevelt had a great interest in the navy and its role in US power projection and defense.   He served as Assistant Secretary of the Navy from 1897 -1898. He resigned to fight in the Spanish-American War.  In his short service, he was responsible reading the navy for war and as president responsible for the “Great White Fleet” tour of the world.  Perhaps, one of America’s first role in power projection.  A well-written research project by a man responsible for the modernization of the US Navy and full-time Amerian naval power.  An excellent reference.