Book Review — War beyond Words: Languages of Remembrance from the Great War to the Present 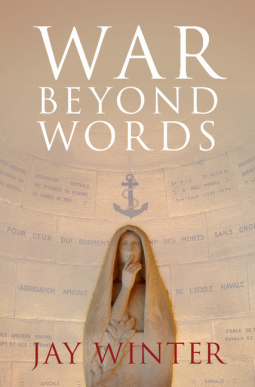 War beyond Words: Languages of Remembrance from the Great War to the Present by Jay Winter is a study of how our view of war has changed in art and the media. Winter is Charles J. Stille Professor of History Emeritus at Yale University, Connecticut. He won an Emmy award as co-producer of the BBC/PBS television series The Great War and the Shaping of the Twentieth Century and is a founder of the Historial de la Grande Guerre, an international museum of the Great War inaugurated in 1992.

War, for the most part, does not age well. When a country goes to war, it is always for the right reasons. No nation enters an unpopular war to start with but many leave an unpopular war. World War I, for Americans, was fought for high ideals. World War II was also fought to end a threat and self-defense against the Japanese. Korea and Vietnam never gained that popularity. Time changes many ideas of war.

Winter uses various forms of media to examine how war is portrayed. There are three divisions he makes: World War I, 1933-1970, and 1970 to present. There was an interesting break, particularly in the cinema in the 1970s. War films in earlier times like The Sands of Iwo Jima paint a positive example of the war. Later films like Full Metal Jacket and Jarhead paint a different image of war, even though the service branch is the same.

Photography made a change in WWI, although still photography was taken in the 19th century, it was expensive. Starting in WWI Kodak made a vest post camera which puts photography in the hands of the common soldier changed the way war was seen. Newspapers were anxious to but photos from men in the trenches. Later official photographers and censorship limited what the public saw of war. This lockdown seemed to hold for the most part until Abu Ghraib. Digital photography and the internet are much harder to censor.

War changes society and how the artist sees war. Paintings and sculptures have evolved and changed since industrial scale warfare was launched. Gone were the British war poets. The scale of death created a faceless version of war. Nations lost so many people so quickly that mass graves became the norm (although not photographed). Nations created monuments to the unknown soldier. The Vietnam Memorial captures none of the glory of war. Below ground level, it simply lists the names of the dead. Although Anne Franks’s face is well known, there is no face for the Holocaust. Modern war created death on a scale that became faceless. Picasso’s Guernica is a symbol the horror of war, although faces are present in the painting, they are unrecognizable. War has become the mass production of death.

It was said that after WWI the use of words like honor, glory, and duty carried with them a tone of mockery. Modern War changed mankind. Stiles captures this evolution of change in 20th-century art and media. Although not covered in the book, perhaps there is even a lesson in television. In the television series MASH, Father Mulcahy attempts to write a rally song for the Korean War and ends up writing:

There’s no one singing war songs now like people used to do,
No “Over There,” no “Praise the Lord,” no “Glory Hallelu.”
Perhaps at last we’ve asked ourselves what we should have asked before,
With the pain and death this madness brings, what were we ever singing for?

A well written and researched book that shows how war and the effects of war on soldiers, races, ethnic groups, the military, and civilians. War is not confined to the battlefield. It affects more than those in uniform.

One response to “Book Review — War beyond Words: Languages of Remembrance from the Great War to the Present”