Book Review — The Wilds of Poetry: Adventures in Mind and Landscape 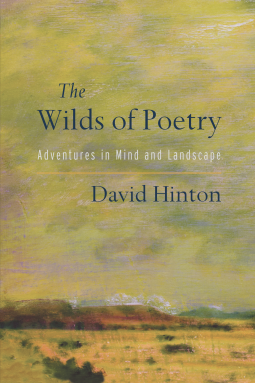 The Wilds of Poetry: Adventures in Mind and Landscape by David Hinton is an exploration of American nature poetry and its evolution in language. Hinton is a writer and translator who has produced a body of work exploring the weave of consciousness and landscape. This exploration is informed throughout by the insights of ancient Chinese culture; and it has primarily taken the form of translation, which he uses as a way to make contemporary poetry that operates outside the limitations of self-identity and the Western intellectual tradition.

Hinton Starts with Henry David Thoreau’s trip to climb Mount Katahdin in Maine and Thoreau’s enlightenment in nature. He explains and uses the examples of several poets from Thoreau forward to modern writers. It is the East versus West in thinking and writing that present the issue of Poetics between the two writings and culture. America is the setting for the poetry and provides, in many instances, completely untamed wilderness: Mount Katahdin for Thoreau and the American West for others. Western writers from earlier ages were tied to the earth through the Biblical interpretations and taking dominion over the earth. This meant everything from protective stewardship to plundering nature. The Eastern view is much different in the placement of man in nature. Man is part of nature; it is not something man comes into. The Western view may also have been contaminated by man’s separation from nature. We live in cities and see nature as something visited in parks and zoos. The Eastern Zen and Taoist views are different.

Another aspect is in the writing itself is that the Chinese used symbols instead of words to describe ideas, places, and objects and it does so without the use of punctuation. It does better and more concise job of conveying meaning than words. A picture is worth a thousand words, so to speak. The preciseness presenting a complete picture with a minimal amount of symbols was a goal and it was taken to its most extreme form in very short poems, the Japanese haiku, for example. If the reader is familiar with Jack Kerouac’s Dharma Bums he or she will recall Japhy (Gary Snyder) explaining translation to Ray (Kerouac) using “Cold Mountain”. Hinton does the same in a more scholarly style and depth. It is difficult, if not impossible, to accurately translate the poems for Chinese or Japanese and still convey the meaning and simplicity of the original.

Hinton uses several poets to show various methods of reconciling Western (American) poetry with Eastern thought or vision.  He presents his thesis and explains it in detail and follows up with several of that poet’s works to support the essays. Overall, this is an informative work for those interested in the evolution of American nature poetry or Eastern poetry and the merger of both.  The different styles used by the several poets shows, in the spirit of Cold Mountain, that “There are many paths to the top of the mountain, but the view is always the same.”  Well done and an informative book on and about poetry.