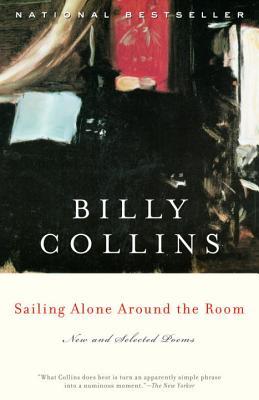 The two-time poet laureate of the Untied States is perhaps on of the most readable poets today. He has a unique knack for taking the mundane and making it interesting. I have read several of his collections and have enjoyed them all.

“Bar Time” is an interesting reflection. Clocks in bars are set fifteen minutes ahead of the current time to prevent violating the law of serving after hours. Collins take a different view of the time difference. He sees the bar as a time machine putting him fifteen minutes ahead of those people he sees walking outside. A window to the past and comfortably ahead of the cares and concerns of those outside. After a few drinks, one could easily form this story in their head.

“The History Teacher” looks at the education of our children and the softening of history. The Ice Age is the Chilly Age, The Spanish inquisition is simple inquiries by the Spanish, The Enola Gay dropped an atom on Japan, and the Boer War becomes the Bore War of old stories. The fun Collins has with names of events can be seen as humorous or as the failure of the education system:

The children leave his classroom
for the playground to torment the weak
and the smart
mussing up their hair and breaking their glasses,

“Pinup” is about a bored man sitting in a mechanics garage while his car is being worked on. His mind drifts to the calendar on the of a pinup girl and what she is doing and wearing. He becomes absorbed at looking a the picture and almost misses the mechanics call for him to come over. Once there the mechanic shows him that the problem is more expensive than originally thought. The man concludes that it can’t be helped and returns to his seat and lifts the calendar to the next month and sees a new pinup girl and story.

These above poems are from his selected works which make up most of the collection. The new poems are only a handful. This is unfortunate but like the man in the garage we can always go back and become absorbed in the previous poems again.