Book Review — Woolly: The True Story of the De-Extinction of One of History’s Most Iconic Creatures 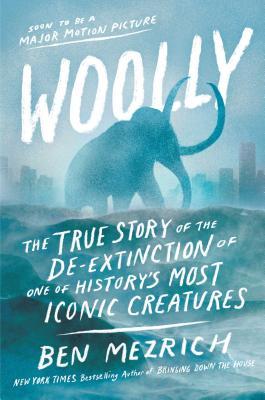 I probably would not have picked this book up if I had known it was narrative fiction. The book is written in novel form and the reader is left to believe or not believe what is written. There is a small section of cited works but nothing is footnoted. Optionally there the reader could look up each bit of questionable information and fact check on their own. That is what I did and what I looked up did check out. This was mostly limited to events and people in the book and not conversation and smaller details.

George M. Church is the leader of the project that is working on brings back the wooly mammoth. The book traces his life from childhood to the present with all the ups and downs of a normal life. Both his accomplishments and his failures make him the person who he is today and a person willing to take a chance on projects and people. He is also very well respected in the scientific community. Instead of operating in secret, Church chooses to share information. This also allows him to collect on favors. Several of his students are also portrayed in the book and details of their varied backgrounds.

One of the more interesting aspects of the book is work being done in Siberia on permafrost. A part of northern Russia (and Canada) contain a permanently frozen layer of earth. It was once thought that if the permafrost thawed it would be suitable for farming. The current findings, however, seem to show the opposite. If the earth warms up enough to thaw the permafrost, the release of methane from the thawing permafrost would be catastrophic. The permafrost would release up to twice as much carbon dioxide and methane that is currently in the atmosphere. This ties into the Wooly Mammoth’s planned de-extinction.

Mezrich writes an interesting thriller which would fit in well with the much mentioned Michael Creighton or another novelist of that genre. It would seem hard to make DNA and genome engineering exciting for the non-scientific reader but Woolly reads like a thriller. There is even two chapter that takes place in the future that lends to the thought this is a work of fiction. With that exception of the previous point, all the information appears to be legitimate. An interesting and thought provoking read on the advancement of science.

2 responses to “Book Review — Woolly: The True Story of the De-Extinction of One of History’s Most Iconic Creatures”