It is not Winter, not the cold we fear;
It is the dreadful echo of our void,
The malice all around us, manifest; 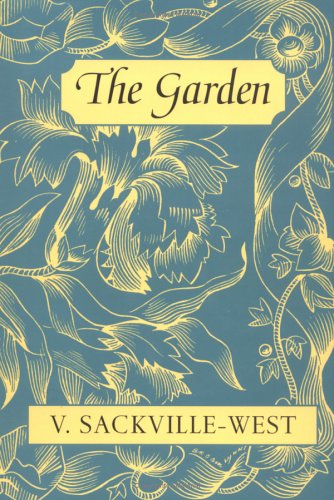 The Garden by Vita Sackville-West seems to be a smaller, earlier version of The Land with less geography. The poem was published in 1946 and falls in line with Sackville-West’s essays and writing of the time. She wrote that during the war gardening was an escape from the destruction of the war. It was creating beauty and a reminder that there were better things in the world even amidst the destruction.

Like The Land, the poem is divided into four seasons starting in winter. Each season is described in the eyes of a gardener. There are gardening tips gently mixed into the description of the seasons as well as almost a spiritual feeling for each season. The structure is a mix of non-rhyming poetry with random rhyme schemes added for effect. Even when the rhymes are in couplet form, they do not seem forced and help pull the reader into the rhythm of the season. The poem creates smooth transitions into each season much like nature, there are no abrupt changes:

But winter passes. March is not yet done
Before the solace of a warmer sun
Strokes on our hands and takes us by surprise
With a forgotten touch on naked skin.

and summer moves into fall:

The medlar and the quince’s globe of gold.
How rich and fat those yellow fruits do hang!
They were light blossom once, a light-foot girl,
All cream and muslin once, now turned to age
Mellow with fine experience.

Although the poem centers on the near Sackville-West includes her thoughts on the nativity in the winter section. The Garden is a well thought out and executed poem and one that manages to live beyond the period of post-war Britain. It may be the today’s wars, road rage, crumbling infrastructure, workplace stress, and other modern facts of life still need something like The Garden to remind us of better things.