Book Review — Twelve Days in Persia: Across the Mountains with the Bakhtiari Tribe 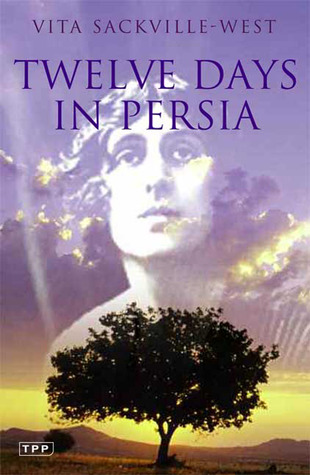 Twelve Days in Persia: Across the Mountains with the Bakhtiari Tribe by Vita Sackville-West is an account of her though present day Iran. Sackville-West is perhaps one of the most interesting English writers of her time. She lived many different lives and lived them well. She was a writer of fiction, essays, travel, and poetry. She also ran off with her female lovers at times. Later she became a renowned gardener. I see her living her life like an early rock star.

Much of Sackville-Wests writing is hard to find. My copy of this book contains no title page or publisher information. It is like someone printed out the pdf file and put it in a paperback binding. I have found some of her older books, some first editions, through European booksellers. Project Gutenberburg Canada (http://gutenberg.ca/) has also digitized some of her harder to find work.

Sackville-West wrote of her journey to Tehran to meet her husband who was serving in the foreign ministry. This book is her second account of Persia that was carried out on foot and mule of very rough terrain. Today one would not give a second thought to a woman making such a journey if the present political situation in Iran allowed it. But, this was the mid-1920s and “uncivilized” still had meaning in remote areas of the world. Furthermore, Sackville-West was Lady Nicholson. One would not expect a woman with a title to be roughing it in a land where armed escorts were needed and mingling with the local people. She in her adventures and writing was someone who clearly made being female extraneous. She was an equal. Someone reading this book without knowing the author would probably assume it was written by a male. In fact, in her previous book Passage to Teheran, it is not until the last page that she reveals that the writer is female.

Twelve Days gives an interesting account of leaving Teheran and exploring the wilderness of South-West Iran. Where the(poor) roads end and the mule train begins is the heart of the adventure. The sights and the dealings with the locals and tribal leaders are described in detail. Sackville-West had a keen eye and much of what she recorded will show up in later writings of fiction and in here poem The Land. Her writing is more than a travel diary. She connects with the people and the land to make it an enjoyable read rather than a report or journal entry. Throughout her life, Vita Sackville-West sought adventure and challenged the restrictions of society. Twelve Days is not only an account of Persia but of the writer herself.