Book Review — Lenin on the Train: The Journey that Changed the Course of History 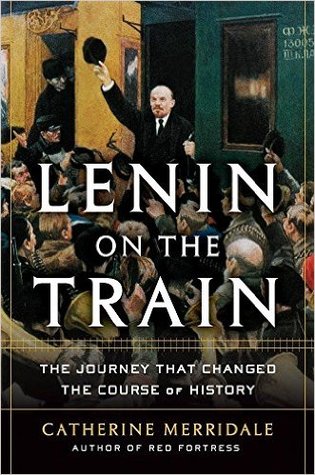 Lenin on the Train: The Journey that Changed the Course of History by Catherine Merridale is her sixth book on Russian/Soviet history. Merridale has a First Class degree in history from King’s College, Cambridge and a Ph.D. from the University of Birmingham. Retiring from her academic career, Merridale became a freelance writer in 2014. She has written for the London Review of Books, the New Statesman, The Independent, The Guardian, and the Literary Review. She has also contributed to BBC Radio.

Arguably the twentieth century was a short century. On the historical scales, the century begins with the First World War and ends with the fall of the Soviet Union. Now, the early events are approaching their centennial marks and with that, there is renewed interest, new information, and thinking of the events. Lenin’s train ride was an important event in world affairs that would run long and deep.

Germany, knowing America’s entry into the war was only a matter of time would resort to other means to win the war. The war was financially breaking England and draining France of its male population at an alarming rate. Germany, however, was suffering in a two front war. Austria-Hungary, the country who initiated the war, turned out to be a very weak ally. German needed to remove Russia from the fighting and it had a plan.

The Germans knew that there were other ways of winning the war than the battlefield. By distracting the enemy with other problems, it would reduce their will to fight. If Mexico declared war on the US, the US would be unable to fight in Europe. If radicals in France became popular the will to fight would dwindle. If Germany could pull away from the Eastern front, they could concentrate on France and England before America entered the war. To remove Russia, Germany had to disrupt the fragile government and they had the man to do it. It was just a matter of transporting him to Russia.

To some moving one man through Germany and Finland to Russia might seem fairly insignificant. But the man transported eventually did remove Russia from the war. That benefit would eventually haunt Germany in the next World War and for almost fifty years afterward. The man in the train lead a revolution that became one of the focal points of the twentieth century.  The spectre of communism became Leninism and Stalinism. The quick move for advantage backfired in the long run.

Merridale takes the reader on the best constructed and plausible route of Lenin’s sealed train car. She jumps around quite a bit and perhaps is a bit lacking in background information, but considering her experience she most likely writes for an audience who already has a background in Russian history. For those with a Russian or World War I history experience, it is an excellent source of information on a lesser told part of history. All in all a great book for historians. For others, the light background on Russia and its problems before World War I might make this book a bit challenging.

One response to “Book Review — Lenin on the Train: The Journey that Changed the Course of History”