Book Review — Out of the Silence: Memories, Poems, Reflections 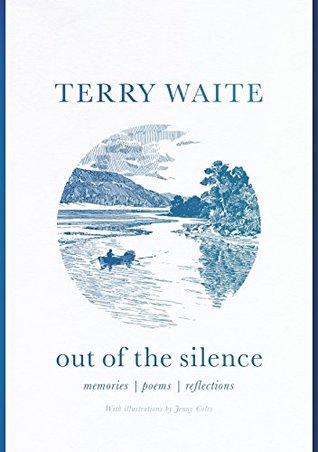 Out of the Silence: Memories, Poems, Reflections by Terry Waite is a collection of prose and poetry and reflections of the life of the envoy. Waite was the Assistant for Anglican Communion Affairs for the then Archbishop of Canterbury, Robert Runcie, in the 1980s. As an envoy for the Church of England, he traveled to Lebanon to try to secure the release of four hostages, including the journalist John McCarthy. He was himself kidnapped and held captive from 1987 to 1991. He is president of the charity Y Care International (the YMCA’s international development and relief agency) and patron of AbleChildAfrica and Habitat for Humanity Great Britain. He is also president of Emmaus UK, a charity for formerly homeless people.

There is something to be said about Terry Waite. Many today forget about the war on terrorism in the 1980s. It was the time when Reagan told the terrorists, “You can run but you can’t hide.” Unfortunately, America was not ready to support the president’s offer. I was in the Marines on Embassy Duty at the time and remember the reports of hostage-taking and especially the taking of Marine Colonel Richard Higgins who was involved in the peacekeeping in Lebanon. Higgins was killed by his captors in 1990.

Waite is a man of peace and someone, I believe Jesus (or any other religious figure) would be happy to have on his side. Waite went to Lebanon to negotiate the release of hostages. Despite assurances, he was taken hostage himself for five years, much of that time in solitary confinement. He was also physically tortured. Waite left the ordeal, not in anger. He believed his captors were misguided but he did not register hate. He admits that he did not fear death, but rather the method of death.

In this collection, Waite looks back at life and in twenty-seven chapters he leads with a narrative and then follows with poetry. To be honest the poetry does need the narrative lead in. His poetry is not quite as art but more closely related to therapy. There is emotion and honest reflection in the work. The topics range from his temporary (vacation) residence in New Zealand to aging, torture, and death. He speaks of his work with prisoners understanding their situation in captivity. He also mentions Richard Dawkins without being negative. He also talks about becoming a Quaker. One can be Anglican and Quaker according to Anglican rules. He also mentions his disappointment in how civilized nations can support torture and takes a hit at Guantanamo. Waite is one of the most honest persons speaking out today. His poetry may not stand on its own, but the narrative and the life behind it certainly makes it well worth reading.