Book Review — Between the Acts

Don’t bother with the plot: the plot is nothing. 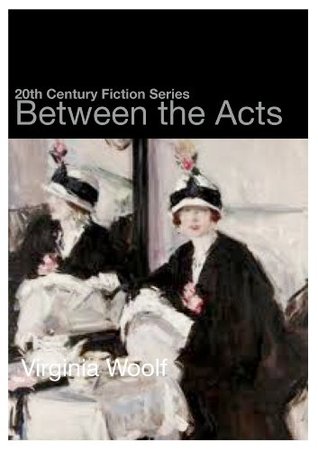 Between the Acts is Virginia Woolf’s last novel. In the introduction, Leonard Woolf explains that Virginia had finished the book, and although some grammar editing was still needed, at the time of her death, she considered it finished. Only obvious errors were corrected.

The story takes place in June 1939 but was written while WWII was being fought. The story opens before the summer pageant and play at Pointz Hall, about a three-hour train ride from London, if the trains are running on time to this remote place. The house is owned by Bartholomew Oliver who is retired from the Indian service. His widowed sister, Lucy, lives with him, and she may be showing signs of dementia. His stockbroker son, Giles, and wife, Isa, also live there; they are having problems with their marriage.

The story revolves around the pageant and splits between the interactions of the Oliver household with visitors at the pageant and the play being performed. One theme that I found prevalent throughout the story is war. The title itself could be a play on the inter-war period with World War I as the first act and WWII as the second with the characters living in the intermission. Everyone seems to be happy living in isolation. This isolation is also shown in Lucy’s reading. In England’s prehistory, a land bridge formerly joined England to the continent. Just as Pointz Hall is separated from London, England is now separated from Europe. England is safe and secure. The characters seem oblivious to the impending war. There are, however, very few dissenters. Giles sees the whole pageant as a waste when the country should be preparing for war. Another guest watching the historical play comments how the army is not mentioned; its role is vital to British history. Interestingly, the word “war” is only mentioned five times in the entire book, but the symbolism grows throughout the book.

The writing is unmistakably Woolf. Her stream of conscious writing is at its peak. The quote I used as a header was a thought Isa had while watching the play and very much reflects Woolf’s writing. What characters are thinking is more important than story lines. The “color” of language also plays a vital role in the writing

…and as they trundled they were talking –not shaping pellets of information or handing ideas from one to another, but rolling words, like sweets on their tongues; which as they thinned to transparency, gave off pink, green, and sweetness.
…
He thought very little of anybody, simple or gentry. Leaning, silent, sardonic, against the door he was like a withered willow, bent over a stream, all leaves shed, and his eyes the whimsical flow of the waters.

Woolf lets her poetic talent flow through her prose. Several times I stopped and re-read passages because the were just so well written and contained flow and imagery that is simply sublime. Woolf would have given my grammar teachers fits of rage. She uses punctuation for her own purposes. Periods, semicolons, and commas do represent full stop, partial stop, and pauses, but do not always play by the rules of sentence formation. Like most of Virginia Woolf’s novels, Between the Acts is a difficult read for the reasons I mentioned above, but like most of her work, it is very well worth reading.