Book Review — Void: The Strange Physics of Nothing 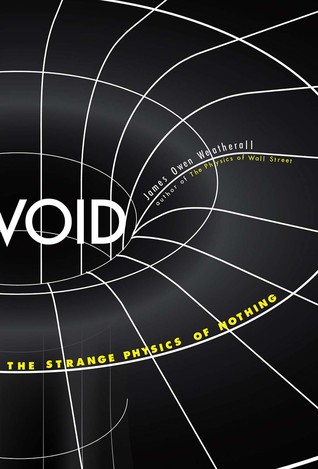 Void: The Strange Physics of Nothing by James Owen Weatherall is a historical look at physics and vacua. Weatherall is a physicist, philosopher, and mathematician. He holds graduate degrees from Harvard, the Stevens Institute of Technology, and the University of California, Irvine, where is presently an assistant professor of logic and philosophy of science.

Weatherall takes the reader through the history of physics and in particular empty space. Throughout most of history, plenum or aether was thought to occupy the “vacuum of space”. Newton believed there needed to be medium for gravity to interact through. Leibniz, a contemporary and competitor, believed empty space was possible, but he believed God kept it hidden. If man added something to empty space, he would improve on God’s creation and that was not possible. It is interesting how religion still played a key role in the cutting-edge science of the time. Newton, however, was no better with his involvement in alchemy, even to the point of mercury poisoning. It is interesting to see what was mixed into science and mathematics and still succeeded.

Void ,next, takes us in the era of relativity and the end of the era of aether. With the curving of space-time, the interaction of gravity could operate through a void. Perhaps the most interesting point is defining empty space. Quantum mechanics picks up after relativity and adds an interesting and very unexpected twist to a vacuum. In addition to radiation– radio waves and light –through a void, particles could pop in and out of existence randomly. Finally, string theory, not to be outdone, offers 10,500 possibilities to have an empty vacuum in as many universes.

Weatherall presents an interesting study on the history of science. The book reads more like a history study than a science book. This helps in making it easy to read and easy to hold the interest of a non-scientist brain. The conflict between scientists was serious, and failure was devastating to more than a few scientists. The Newton- Leibniz conflict was very bitter. Jordan and Dirac, in competition for an electron theory, was not bitter, but after Dirac’s released his equation, Jordan fell into depression and left physics altogether. The work becomes a quest for some and a place of defense for others. As each new theory makes an appearance the “old guard” is resistant. They have put their entire lives behind their theory, and to be wrong after a lifetime, is devastating.

Void is a worthwhile read for those interested in science, history, or even biography. It was a bit light on the title word but rich in background. It is a book that will make the reader think. I was fairly familiar with the history and science, in layman’s terms, and I still walked away with something. The point that the String Theory offered, in particular, that there are 10,500 universes, many of which we cannot exist in. Perhaps we are not the one in almost an infinite number of chances of existing in a Goldilocks Universe, but rather we exist in one of many possible universes where life is possible– almost a complete reversal of the odds. My thinking is more amateur and philosophical than scientific but the idea of science is to promote the search for truth and to make one think. A well-written and extremely well-documented science (or history) book for the general public.