Book Review — The Grand Fleet: The Royal Navy During the Great War 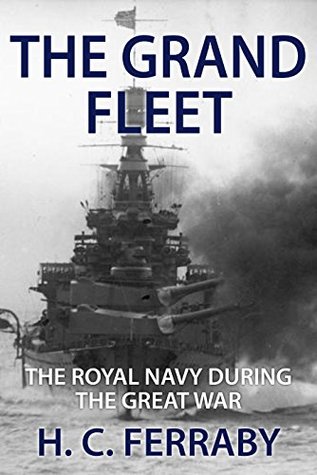 The Grand Fleet: The Royal Navy During the Great War by H.C. Ferraby is a historical primer on the British navy. Ferraby (1884–1942) was a journalist and naval war correspondent from Middlesex. He also collaborated with Hector C Bywater to write Strange Intelligence.

Before war broke out, Germany challenged Britain in a naval build up. Britain previously was the unquestioned ruler of the seas. Germany presented a real challenge. At the time, although Britain maintained supremacy on the water, but Germany was the greatest land force in Europe. Germany was also growing as an industrial power. Germany was on its way to becoming a superpower of the time. Britain although an industrial nation and having a significant empire, had only a small land army. The thought of Britain not having superiority on the seas would be a bit like the US not having air superiority in the Middle Eastern conflicts.

World War I as it turned out was mostly a land war. The Grand Fleet and the German Fleet stayed in port most of the time. Outside of submarine warfare and coastal patrols, the two navies sat out the European war. In the South Atlantic and Pacific, naval warfare on a small scale occurred between British and German ships. This all changed in May 1916 when the British Fleet and the German Fleet faced off in the Battle of Jutland. The battle was fought to a technical draw. Britain lost more ships but the German ships retreated to port and remained there the rest of the war.

Ferraby’s book was published in October of 1916 and was meant to teach the British people about the fleet. What ships made up a squadron. What armament the ships carried. What formation the ships traveled and fought in. It seems that the people needed to be reminded of their navy and its role in a war where it had a much smaller than usual part. The non-decisive battle at Jutland did little to reassure the people who had thousands upon thousands die in land battles. The book seems like a historical reassurance to the British people. Knowing their navy, which has not been a decisive factor in the war, adds confidence in the British effort and to the people at home who have been reading and experiencing war for the last two years. The Grand Fleet is important in its historical context and as a work that helped the country endure the war with confidence.