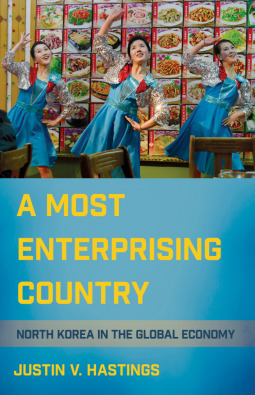 Over the past several years, there have been quite a few scholarly books on North Korea. There is a developing interest in the country that keeps its internal workings hidden from the world while at the same time making outlandish threats. During the Cold War, after the Korean war, North Korea remained in the background. The Soviets were a much bigger threat and they managed to keep their allies in line. Once the Cold War ended, North Korea rose as a threat and one of the three members of the Axis of Evil. China still holds North Korea as an ally probably out of Cold War communist nostalgic loyalty, even though China has economically moved on. North Korea has become that loud mouth kid on the playground that does as he pleases because others are afraid of his big brother and since he is more of an annoyance, rather than a threat, no one really stands up to him. It’s not worth the risk.

Most books on North Korea end up repeating the same stories mostly from a handful of defectors. The good and bad in that is although first-hand accounts, they are first-hand accounts of people wanting to leave and making a case for asylum. Hastings takes a different approach and looks at trade. Most trade leaves a trail– buyers, sellers, and transporters. Trade creates an interesting picture of North Korea. Kim Il Sung concentrated his efforts into heavy industry which served North Korea well. It was ahead of South Korea economically. Once the Soviet Union fell, North Korea lost its oil and fuel. It’s industries stalled and fell into decay. Without outside help, North Korea’s brief worker’s paradise came to a sudden end.

North Korea learned how to play its friends as well as its enemies. Playing the Soviet Union against China ensured more than adequate financial support. Playing on the South Korea’s want for unification has allowed North Korea to take advantage of that want financially. North Korea’s insistence on continuing its nuclear program has lead to severe sanctions from most of the world. Even China has stepped up in writing the latest round of UN sanctions against North Korea.

North Korea uses deception on the outside and threats of prison or death on the inside. The diplomatic corps is responsible for supporting itself as well as providing for Pyongyang. Diplomats have been arrested for drug trafficking and North Korea produces a great deal of methamphetamine since the disruption the opium trade. It is also a masterful crafter of counterfeit US currency. Overseas North Koreans also work as brokers between parties arranging deals for profit. Diplomats must use their positions to set up contacts and even fake corporations to acquire needed components and technology. Recently, Taiwan has become a trading partner. Without a seat in the UN, it is free to enter trade with North Korea.

Internally, the Aurous March created and opening for small markets amid the starvation. The people are caught in a cult of personality and fear. The entire economy is created to feed the top. It is layered and each layer through bribes or profit is required to provide for the elite. The country relies on institutionalized corruption inside the country. Even foreign investors feel the pinch or get cut off despite agreed on deals. North Korea has raw materials to offer but no infrastructure to reach them. Investors pay for development then get shut out. There is also export labor to China where the government profits on lending out laborers. Perhaps the most surprising of North Korea’s exports — Restaurant chains.