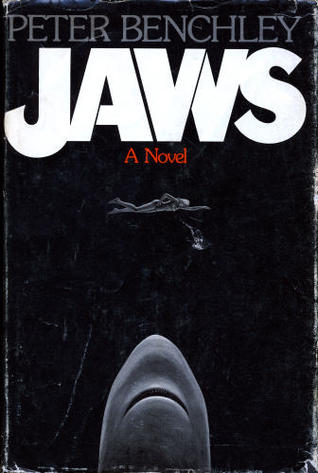 I remember reading this back in the mid-70s when the movie came out. I have seen the movies several times since and had forgotten how different the book was from the movie. Brody in the book still seems a bit like Roy Scheider. The others except for Quint seem to be very different. The shark is the main character in the film but in the book, it is the complex relationship between island lifer Brody, his (former) socialite wife, and a younger man named Hooper. There are several underlying themes of rich and poor, shady financial deals, race, and of course a renegade shark.

In typical 70s fashion, it carries all the hot themes of the day — marital infidelity, homosexuality, the mob, the economy, and everything else short of disco. The shark plays much more of the setting than a character. He does have his appearances, but more so acts to drive the sub-plots in the story. The movie focus on action and the shark in the book Quint, the shark hunter, doesn’t appear until the end of the book. A good popular fiction from the seventies with a shark still lives in the minds of many.

This was a free streaming audiobook for members of Audible.com