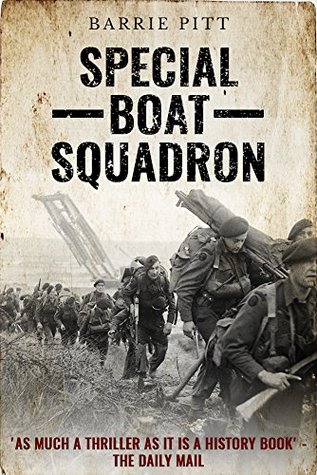 Special Boat Squadron by Barrie Pitt is the history of the secretive Special Boat Squadron (SBS). Pitt was well known as a military historian and editor of Purnell’s History of the Second World War and History of the First World War. His publications include Coronel and Falkland, Churchill and the Generals and The Crucible of War, a trilogy covering the North African campaign of the Second World War. He was born in Galway and later lived near Ilminster in Somerset. Pitt also served in the SBS.

The Small Boat Squadron started out as a one-time raiding party in North Africa and evolved into a special unit of the Royal Marines. From its adoption by the navy, the SBS performed impressive missions in the Mediterranean. Pitt does not limit the telling of just successes but missions that failed to complete its objective. The first members of SBS came from a wide mix of services and military specialities. A comment was made that they could never go on parade with the mix of uniforms. But, the SBS was more about action than it was in parades.

Pitt presents a well-written history of a service that remained secretive until the Falklands War. The history is detailed and includes first-hand accounts. Although the SBS has a long and storied history, Pitt limits his history to World War II and the Aegean. The accounts are very detailed but footnotes are limited and there are no cited sources in the appendix. All in all a very good history of a secretive military force.